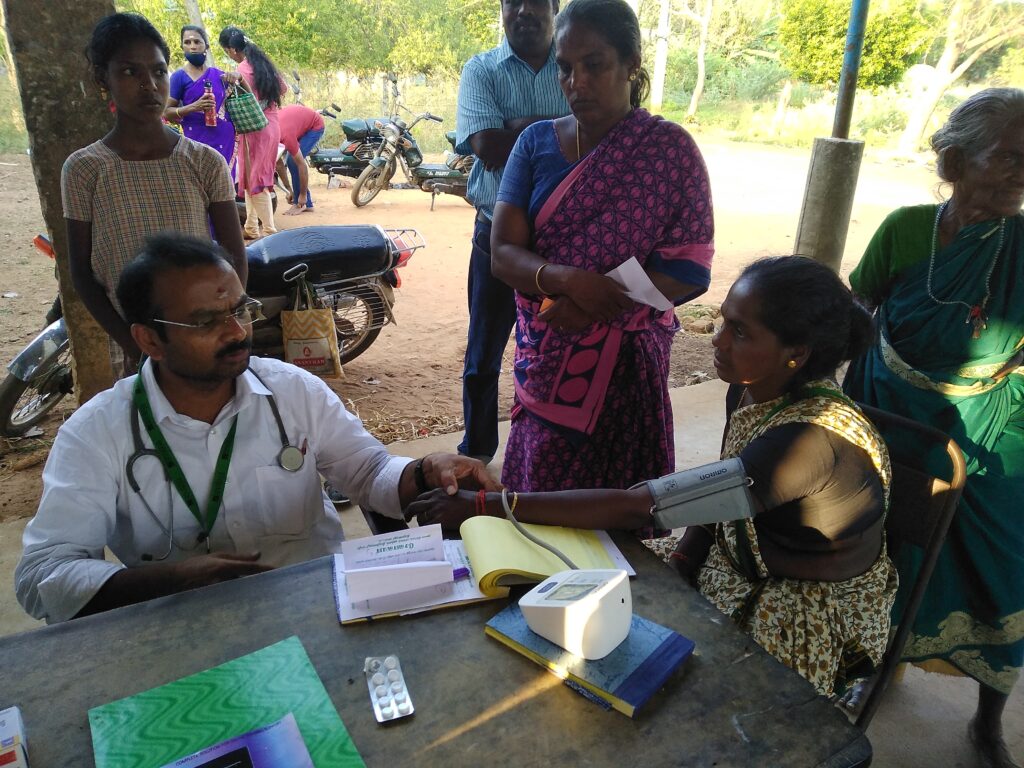 Special free medical camps were organised for women, on the eve of Women’s Day on 7th March 2021. The camps were conducted at Thuyamariyanai Elementary school, and in Katharinatham village in Thanjavur.
Many men also attended the camp seeking medical help.
125 women were benefited through these medical camps.
A physically challenged (deaf and dumb) woman was given treatment in the medical camp at Katharinatham. It was found that she had been sexually abused. The poor orphan woman could not explain what had happened to her and had not even consulted a doctor. Treatment was given to her and she will be accommodated in Sevalaya hostel and vocational training will be given to her.
Two men, one met with an accident and the other, a chronic alcoholic, could not come to the camp venue. Their wives pleaded with the doctors to give some medicine. But doctors refused to give medicine without seeing the patient, instead offered to do a free house visit. When the doctors visited the house, it came to light that the man met with accident three days ago and his wound was already infected. Dressing up was done and medicine given. The alcoholic was asked to take few tests and contact the doctors for further treatment.
The camp at Katharinatham was a follow up for the earlier camp held there a fortnight ago, where the underprivileged people got checked by a doctor for first time in their lives.
There are still many such interior villages in India which do not have basic medical facilities and there is a lot more which needs to be done.