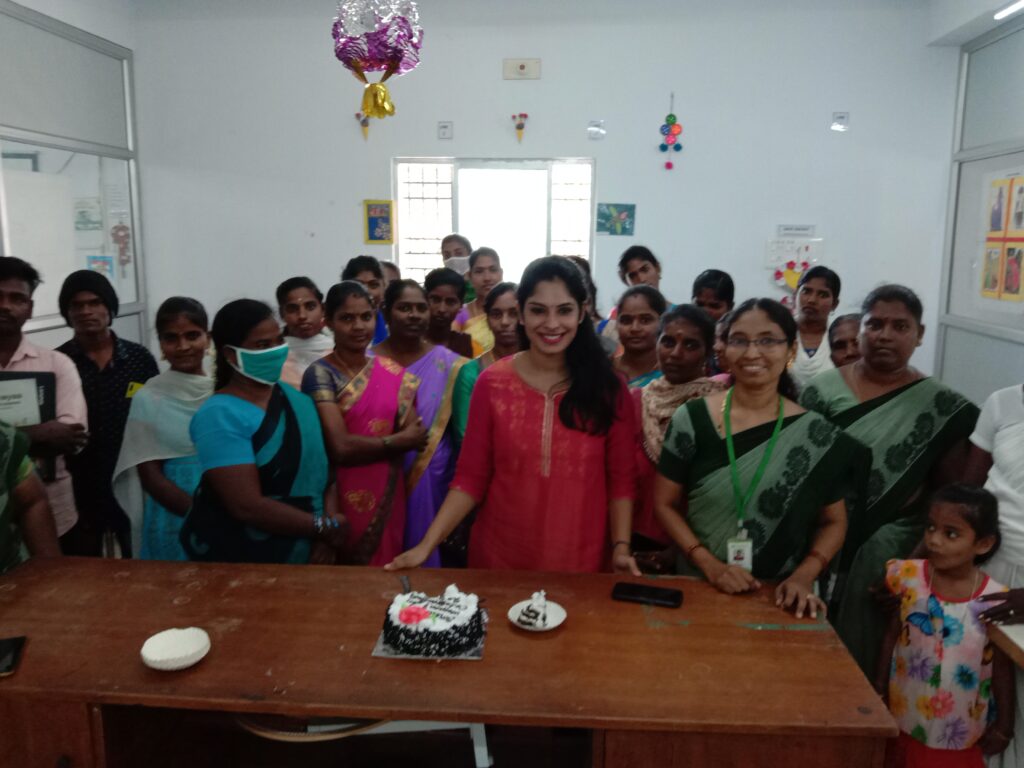 R Parvathi, B.A, Tahsildar, Ambattur, was the Chief Guest for Women’s Day celebration at Kasuva centre on 8th March 2021.
Her speech was thought provoking. She said that she was proud to be a woman. All women should strive to overcome obstacles in lifeand become achievers.This can only be achieved by strong character, individuality, boldness and discipline. Not only are women born achievers, but they also help those around them achieve! She concluded giving everyone her women’s day wishes.
5 other centres of Sevalaya – Uthiramerur, Ambattur, Zamin Endathur, Eraharam and Thirubuvanai in Puducherry, joined the celebrations online.
M Krithika, MBA , Software development Instructor at WhiteHat Jr was the Chief Guest at Uthiramerur centre. She spoke about how her father was keen that she should be educated well and how her education in London and subsequent employment in Germany had given a wide exposure and has moulded her. She encouraged the girls / women to be ambitious and aim high.
Dr Priya, MBBS, Block Medical Officer, in Zamin Endathur congratulated Sevalaya for its services to the underprivileged.
Kavitha Ravi, MVKM Trust In charge, the Chief Guest at Ambattur centre spoke on self-confidence and self-discipline which is absolutely essential for every human being and women in particular to excel in life and have a peaceful living.
The Chief Guest at Eraharam centre, Nandhini, Teacher, Gokilambal International School, Aangarai, spoke about the histoy behind the Women’s Day celebrations, the struggles that women underwent to gain respect and recognition and about a few powerful women leaders of the country.
“Women have enormous power. They have to believe in themselves. Aim high and convert challenges into opportunities “ was the central theme of the speech delivered by Dr Jamuna Sree, GDMO, PHC, Thirubuvanai, who was the Chief Guest at the Thirubuvanai centre.
Earlier Bhuvaneswari Muralidharan, Hony Correspondent welcomed the gathering and explained about the activities of Sevalaya with a focus on empowering girls/ women. Girls of Kasuva centre presented a cultural programme.
Mementos were distributed to Chief Guests at all centres and the function came to a close with the singing of the National Anthem.