Vivekananda Day and Pongal, the harvest festival was celebrated at Kasuva 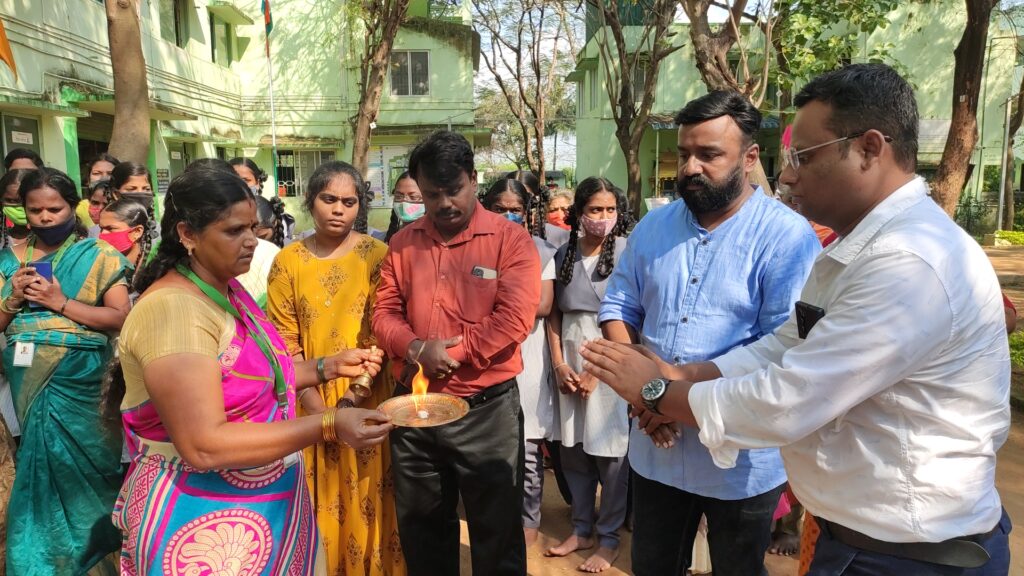 Vivekananda Day and Pongal, the harvest festival was celebrated at Kasuva centre on 13th January 2021

Lakshmanan Krish, Adventure traveller, mentor and Business Consultant and P V Sathish, whose father is Late Venkatesa Mudaliyar, landlord at Pakkam Village and a regular supporter of Sevalaya, were the Chief Guests

The Chief Guests lit the earthen stove in which Pongal – a sweet dish made of rice, jaggery and milk was cooked in a traditional way and offered to Sun God.

The students then presented a cultural programme.

Conveying his wishes to the children and elders, Sathish recalled his father‘s long association with Sevalaya. “I am inspired by Sevalaya Murali, in whom I see Bharathi, Gandhi and Vivekananda “he mentioned. Stressing upon the importance of education to succeed in life, he advised the students to make the best use of the opportunities provided by Sevalaya.  He also assured his continuous support to the organisation.

In his inspiring, motivating and interactive speech, Lakshmanan Krish urged the students to be bold.  He also shared his travelling experiences with the students.

Earlier statewide competitions were conducted for schools on Swami Vivekananda, in which around 700 students from 20 districts participated. Prizes were distributed to the winners on the occasion.

A A Kingston, Vice President, Operations welcomed the gathering. L N Anupriya proposed a Vote of thanks.

The function ended with the singing of the National anthem.