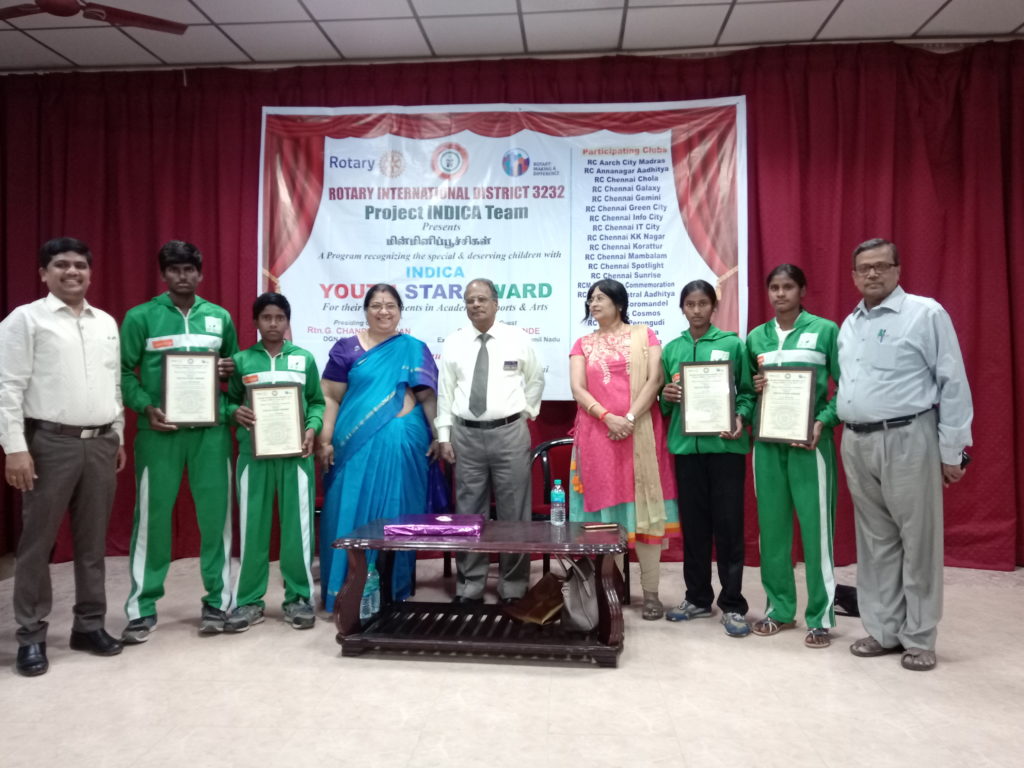 Sevalaya is pleased to report that Rotary Club of Madras Vadapalani,  the club attached to Rotary District 3232 has given its award for four of Sevalaya’s underprivileged students for their outstanding achievement in Sports.

Project Indica, launched by Rotary International Dist. 3232, to encourage and explore the hidden talents among   underprivileged and to motivate them to set as example for others.

We wish to highlight a fact that all these four students have been selected to play for Tamil Nadu Handball Team in the national level games and tournaments.

In a colourful function held at N.K.T. National Girls Higher Secondary School, Triplicane, Dr. H.V. Hande, former Health Minister, Government of Tamilnadu, participated as Chief Guest, and congratulated the awardees. He advised that students should shed any inferiority complex and be assertive, develop themselves by availing opportunities and come up in their lives.  He cited the example of Mr. Pichai, who has risen up to the top most position in the global major Google and set an example to the students and youth of our country”

Participating in the function, Rtn. G. Chandramohan, DGN2019-20 RID 3232, congratulated the awardees and said, that “dreams are the touchstones of one’s character. …Students are the real hopes of tomorrow”.