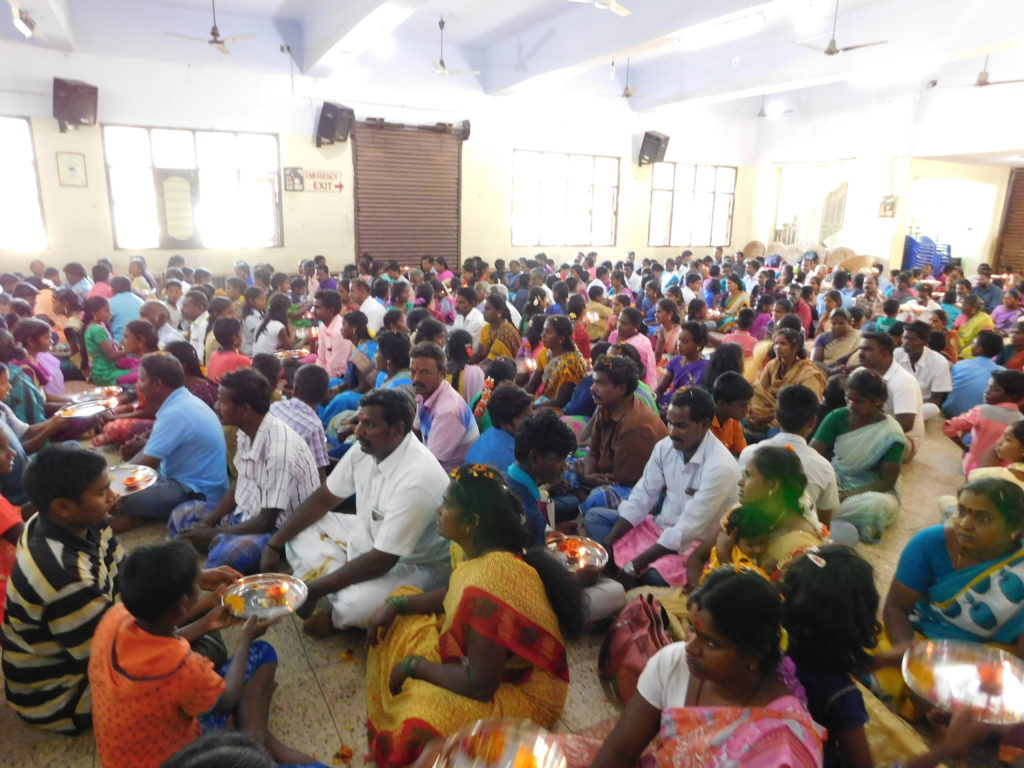 As you may be aware that Sevalaya, right from its inception, provides quality education to the rural along with value added education. Sevalaya also focuses in inculcating discipline, quality in them among others, and thus make them exemplary students.

Sevalaya’s students themselves took an initiative to organise a day to perform Paadha Pooja (pay obeisance),  to their beloved parents. This is aimed to know their parents, love, respect and revers  their sacrifice.

On Sunday, 4th February, Sevalaya Students, numbering 200 came with their parents to perform their Paadha Pooja at the Campus.

For all Sevalaya’s activities, Gandhi-Vivekananda-Bharathiyar, are the inspirational fountain-heads.  In fact Sevalaya teaches their lives and  sacrifice to the students. They are also given yoga training on everyday basis. Thus Sevalaya wishes that they should be robust in body, mind and intellect.

Further Sevalaya, from this year, decided to organise this programme to rever their parents, which will give immense satisfaction both the students and their parents as well.

While performing Pooja they became emotionally moved and even shed tears out of extreme love to their parents. This programme was organised by citizens of Sowcarpet. The speakers, in the event, quoted from  our mythology, and said that  Lord Vinayaka Himself  demonstrated and  said that “Parents are everything” . Participating in the emotional event, Mr. Ranjit Burana, said that this programme is aimed at respecting their parents.  Further he suggested that every year February 14, to be chosen to organise and celebrate Paadha Pooja by students to their parents.