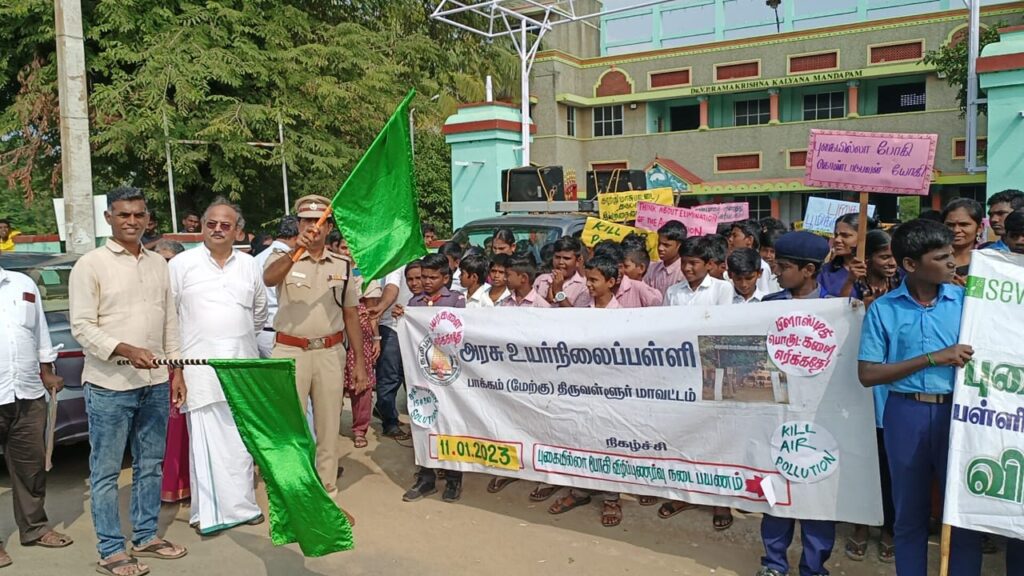 1000+Students at awareness rally for a Smokeless Bhogi

T Sadasivam addressing the students before the rally said, &quot;Students are making a positive impact by
raising awareness directly through social media and by reaching out to other schools and the public for
the smokeless bhogi rally. These efforts are commendable and should be continued.”

Aravindan Annamalai in his speech stated, &quot;It&#39;s not just about getting rid of old possessions, it&#39;s about
shedding old negative habits and cultivating new positive ones in Bhogi. Let&#39;s keep the environment
neat and tidy.”

The students carried placards displaying attractive slogans highlighting the need for a clean environment
and the dangers of burning plastics and tyres.

Every year during Bhogi, the people in the name of discarding old things, burn waste materials including
plastic and rubber tyres. To create an awareness among people to stop burning of plastics and tyres
during Bhogi, Sevalaya has been organizing rally for more than 15 years.

Earlier, Sevalaya Muralidharan, Founder and Managing Trustee welcomed the gathering. A A Kingston,
VP Operations, Sevalaya proposed the vote of thanks.