Preserving the ecosystem by Mass Planting of Tree saplings 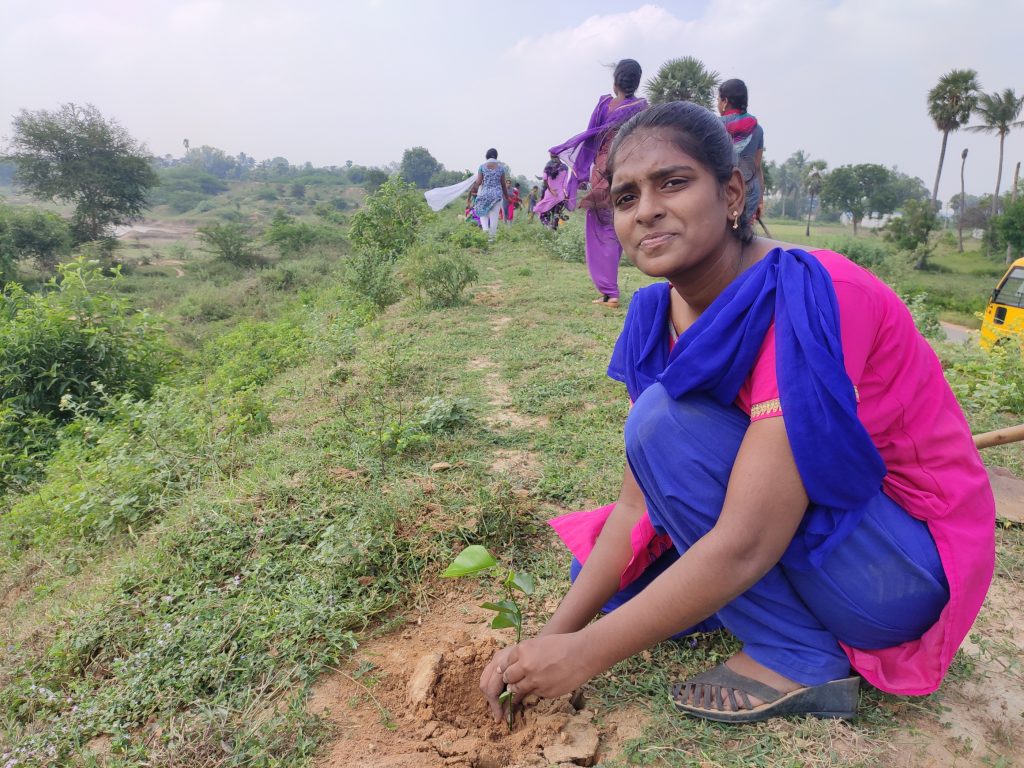 Sevalaya, in its continuous mission of preserving the ecosystem, has chosen to plant tree saplings in the villages.  It has been our parallel initiative with a goal of creating dense trees in the villages, on the roadsides, among other spots.  Although it is a giant and gigantic stride, Sevalaya has taken it as its mission. Sevalaya’s planting tree saplings are continuous, and  everyday work exclusively by Sevalaya’s Green Teams.  Sevalaya has been achieving with its own staff force, volunteers from various Corporate members, institutions, Alumni group, among others.

Sevalaya’s alumni group has been active in all Sevalaya’s activities in the services to the poor, needy.  On 24th November, a large number of alumni members visited Sevalaya’s campus to choose a village nearby, viz. Sivanvoil with a target of planting a large number of saplings.   The team comprising 25 members, led by Mr. Saravanan, an alumnus, an activist in Organic farming on his own, planned and planted a large number of saplings.  The volunteers, came prepared with crowbars, dug and effectively planted 500 saplings in Sivanvoil village, Tiruvallore district.

Sevalaya has been on this valuable mission, carries on in the job of planting , followed by watering systematically, monitor growth and see the trees come up, protected by cages around,  lest anything withered away or even eaten by animals.

Sevalaya has been in the initiative of creating a vast green canopy, to derive the multiple benefits to the community at large.