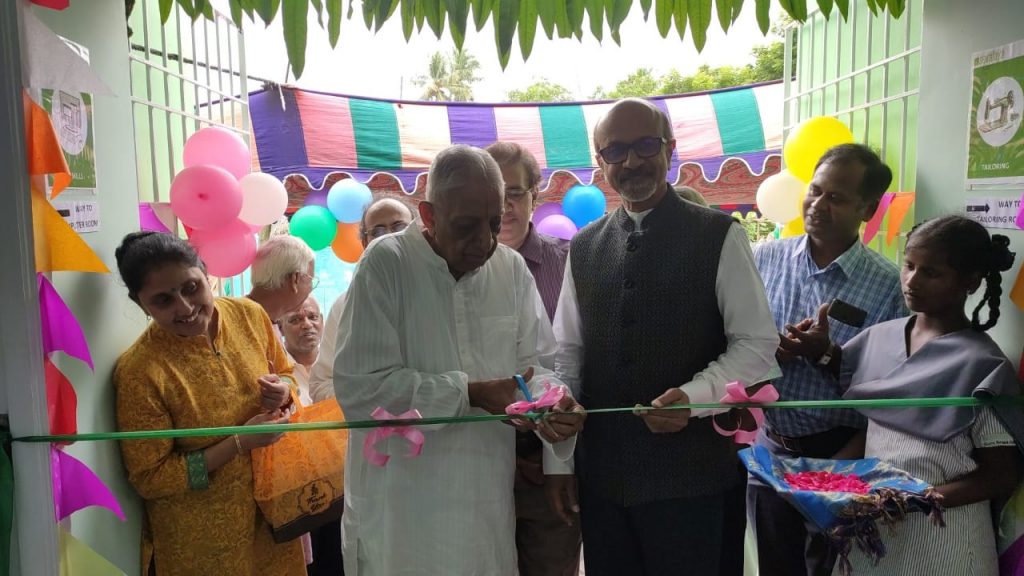 The land of 5 grounds at Zamin Endathur was donated by D V Sridharan–  a longstanding donor of Sevalaya, to construct  a community college in the memory of his niece Gayathri Narayanan.

This is Sevalaya’s fourth own premises after Kasuva, Thanjavur and Thirunelveli. Sevalaya has been able to win the confidence of donors who have offered their land to carry on the project for the welfare of the underprivileged.

Initially a survey was done in the villages in and around Zamin Endathur and found out that there is a need Tailoring and Computer course.

A proposal was submitted to Petrofac for construction of the building and equipments required for running the community college.

This building of 2400 sq.ft worth Rs. 60 lakhs was sponsored by Petrofac.

Petrofac has been supporter of Sevalaya for the last three years. They have sponsored a Sports fitness centre, Physiotherapy unit and a part of Old age home at Thanjavur.

D V Sridharan during his speech said that he has donated this land in memory of his niece Gayathri who had a passion for teaching and worked as a teacher for few years.

The Chief Guest for the function P C Krishnan in his speech said that they are happy being associated with Sevalaya through CSR and they are also willing to partner with Sevalaya for future projects.

Tree plantation was done in the premises by the guests.

In the function rolling shield was given to Sevalaya’s  Uthiramerur centre for adapting 5S – the Japanese work Culture which is followed at Sevalaya effectively.

Initially V Muralidharan, Founder and Managing Trustee of Sevalaya welcomed the guests and vote of thanks was delivered by P Prasanna , Vice President, Corporate relations.