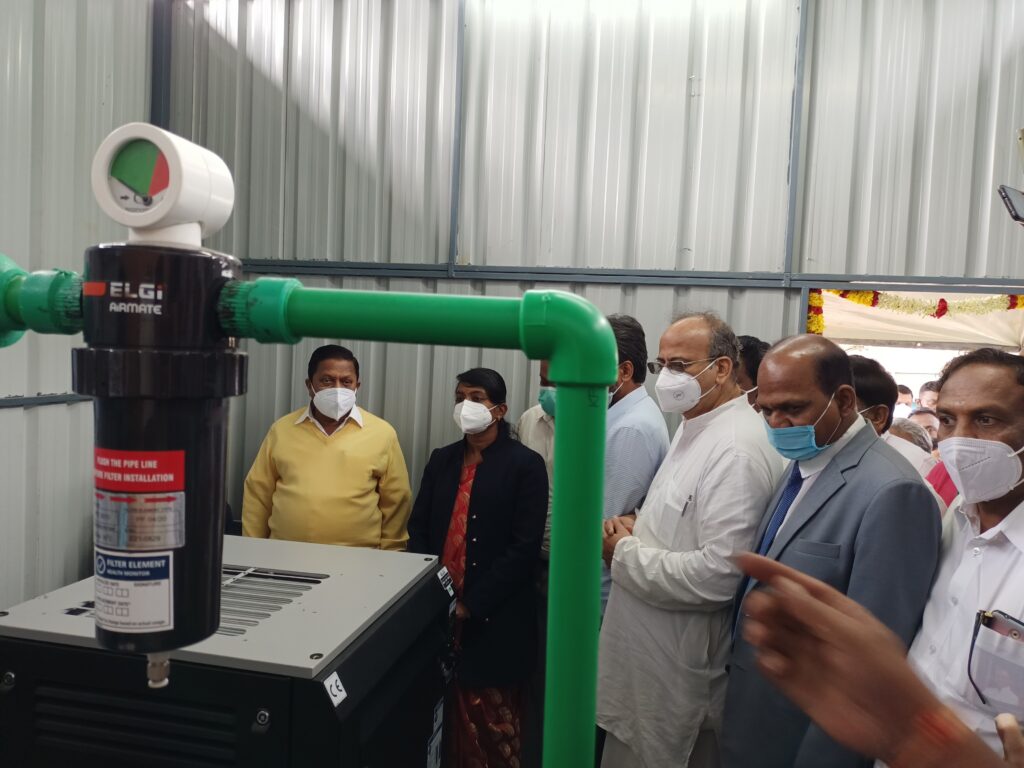 Speaking on the occasion, The District Collector was very appreciative of Sevalaya and mentioned that when many NGOS required 2 months to construct an Oxygen Plant, Sevalaya has finished the construction and installation in a record time.

On behalf of Sevalaya, the Hon’ble Minister distributed special packages containing one month’s groceries for a month, to the priests in Gudalur and surrounding villages,  who lost their livelihood due to the COVID pandemic.

In his keynote address he said ”When many people hesitate to ask for help for themselves , it is really amazing to know that Sevalaya has been approaching corporate and individual donors for the cause of the underprivileged whose livelihoods have been affected by the pandemic and have implemented relief projects worth 6 crores , which ranged from distribution of groceries, food packets, sanitary kits to frontline workers , medical equipments to Government Hospitals across Tamilnadu.”

Sevalaya Murali in his welcome speech said that for the past 33 years, Sevalaya has been providing free education, medicine, rural development, homes for orphans and nursing homes, dry cow farm, assistance during natural disasters and various other services through its 13 branches in Tamil Nadu and in Pondicherry.

The Samaritan Hospital, which has been operating for the last 30 years in, Puthur Field Road, Gudalur Municipality, was recently handed over to Sevalaya and is now operating as a unit of Sevalaya. Sevalaya’s Samaritan will continue to serve the poor tribals in the region as envisioned by the founders of Samaritan Gramodharan Samithy.

A A Kingston, Vice President Operations, Sevalaya proposed vote of thanks and the function came to a close with the singing of the National Anthem.