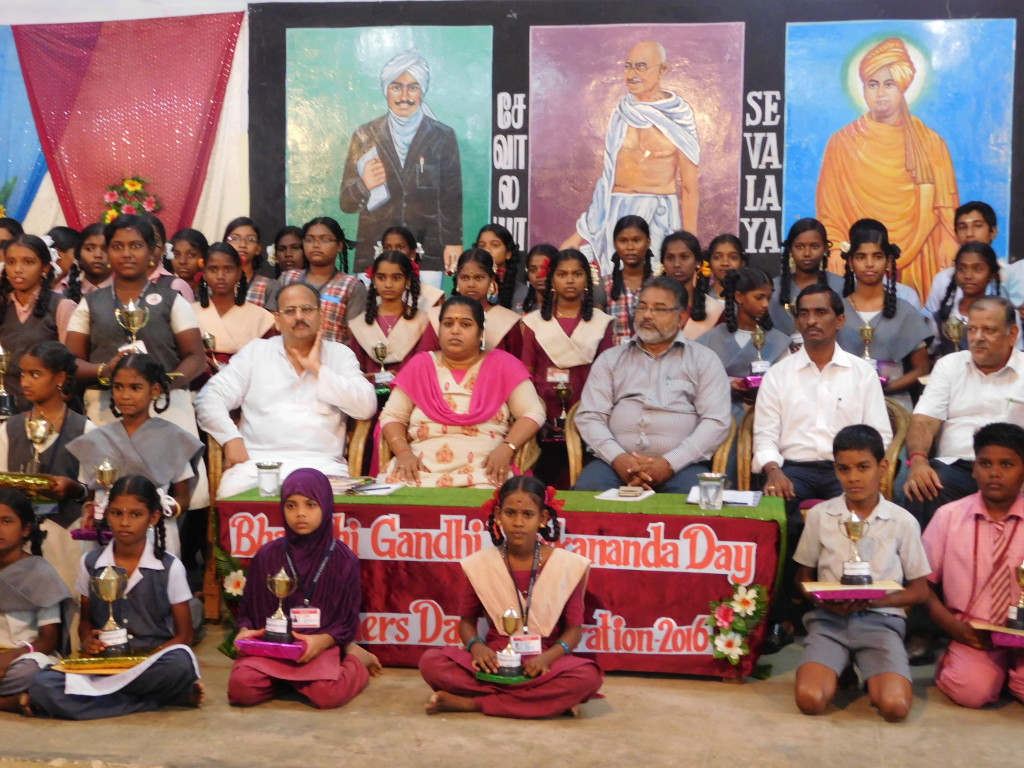 District collector distributes prizes to winners of the BGV competition Sevalaya observes 11th September each year as ‘BGV day’, by inviting children from schools all over the State and conducting competitions on the life and teachings of Sevalaya’s trinity ‘Bharathi-Gandhi-Vivekananda (BGV)’. This year more than 1000 students from 20 schools participated and 85 of them won prizes. Thiruvallur District Collector, E Sundaraavalli, IAS, presided as the chief guest, on 20th September 2016 and distributed prizes to the winners. She mentioned that the activities of Sevalaya were “simple, neat and good”, and lauded the children for their discipline and decorum. She congratulated Sevalaya for their efforts in the field of education.

Sept 11th – a memorable day in many ways. It is Mahakavi Bharathi’s Remembrance Day, Swami Vivekananda’s historic address in the parliament of religions, Chicago, USA and Mahatma Gandhi’s unique new weapon ‘Satyagraga’ took roots in South Africa. Sevalaya observes this as ‘BGV day’ every year by inviting children from various schools and conducting competitions on the life and teachings of Sevalaya’s trinity (Bharathi-Gandhi-Vivekananda).