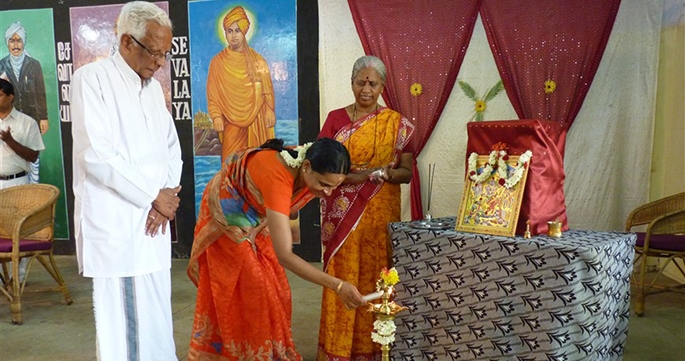 Sri A S Ranga Ramanujam, Thiruvallur participated as chief guest and graced the occasion.  He drew incidents and anecdotes from the epic and said the nation should imbibe from the life of Sri Rama. He further said that the ethos of the epic is a great treasure and the world should follow its messages. He advised the children that the children should follow the traits in their lives.

Earlier Sevalaya children performed a colourful cultural on the stage. It was aptly narrated and scripted depicting scenes from seven cantos of Ramayana.

Mrs Annapurna, Trustee, Sevalaya giving the vote of thanks.