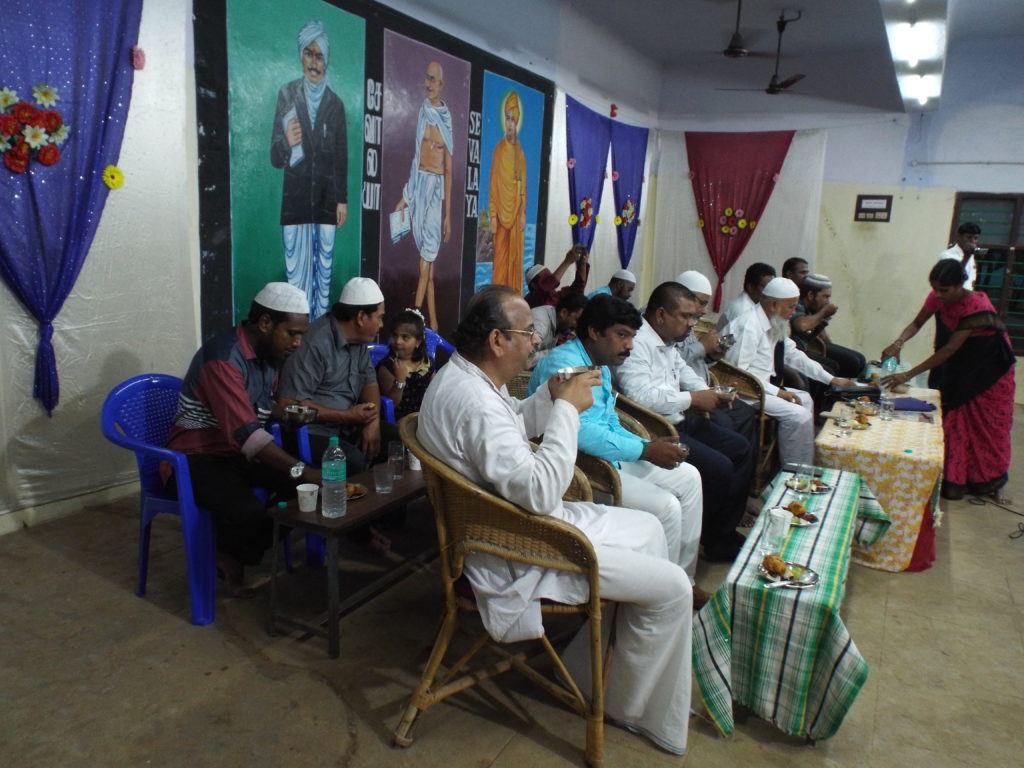 It is Sevalaya’s core philosophy that educating a poor child, thereby help a family; besides if  they are brought up with virtues and disciplines, he/she can become a good citizen. Keeping this thought in mind only Sevalaya celebrates festivals of all faiths. With this the students can imbibe values by drawing valuable messages of all faiths.

Participating in the event, Mr. Kunangudi Hanifa, Founder, Tamilnadu Muslim Munetra Kazhagam, said that all know that Sevalaya follow the footprints of Mahatma Gandhi, Mahakavi Bharathiyar and Swamy Vivekananda. Children are brought up with discipline.  As a popular Chinese proverb says, “teach fishing to a man rather than giving a fish to eat”, Sevalaya chooses to educate poor totally free of costs, which is a laudable initiative.”  He also explained the special significance of Ramzan Festival and its messages to the humanity.

Mr. Nawaz Gani, Managing Director, ST Courier, advisedthat  Sevalaya students should avail the help given by Sevalaya and come up in their lives.

Mr. Syed Rawoof, Child Protection officer, Social Welfare, Government of Tamilnadu, explained that Charity, Discipline, faith in the religion are the core prinicples of Ramzan festival. He averred that  one comes nearer the Almighty during this fasting month. Mr. Rawoof further said that He (Almighty) rejoices only when one sacrifices and undergo the prescribed hardships”

A large number of persons (of Islam) from Tiruninravur and Melapedu Village participated in the function.

Earlier Mr. V Muralidharan, Founder and Managing Trustee, Sevalaya, welcomed all and in the end Mr. Adham Badsha proposed vote of thanks.