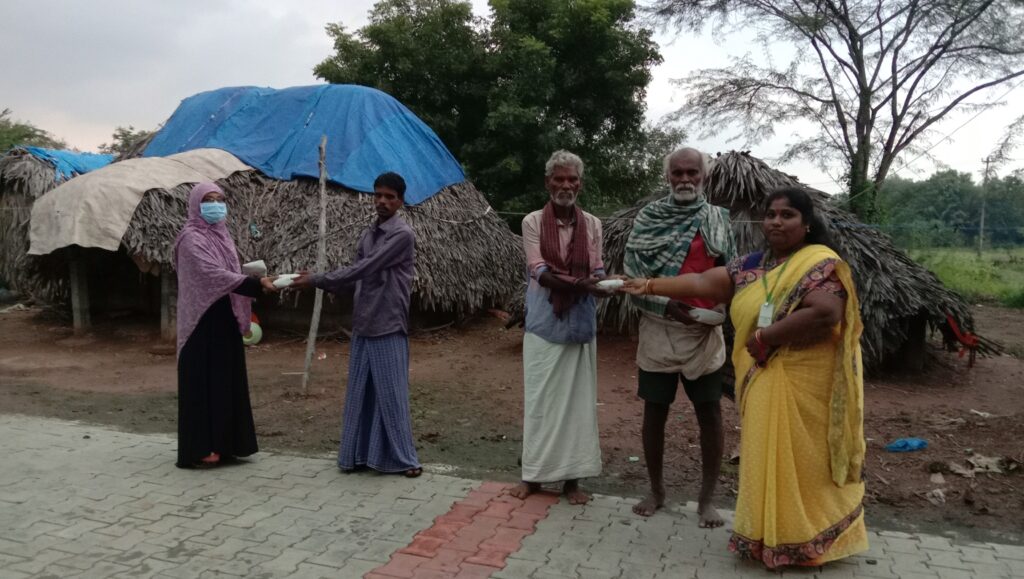 These people from the gypsy community and irula tribes were shifted from their settlements, which were flooded, to nearby schools.

The continuous downpour in various parts of Tamilnadu for the past few days have affected normalcy. There is heavy water logging in the roads and water has entered households making the lives of people miserable. While the condition of people in pucca houses is difficult, the plight of people living in hutments was pathetic.

The people thanked Sevalaya for the timely help.