Reaching out to victims of cyclone Gaja 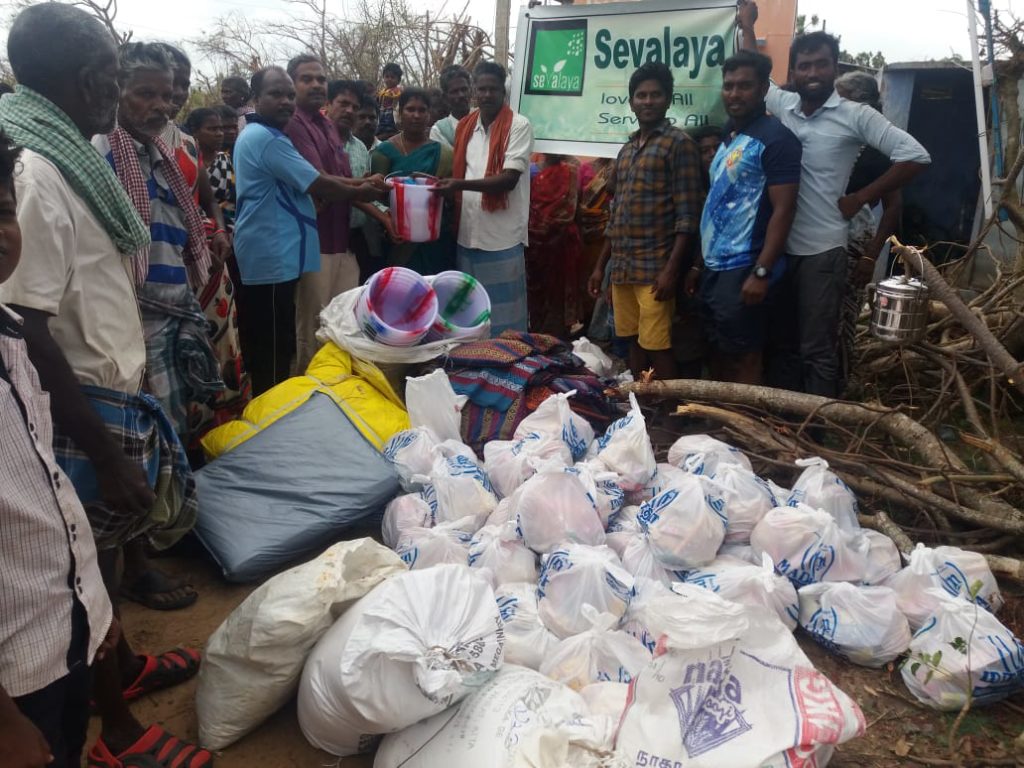 A severe cyclone, named Gaja, hit the southern parts of Tamil Nadu on 15th November 2018 night. Though not unaware of the impact of the 110KMs speed heavy winds, people were dumb found when they witnessed the unimaginable damages left by the cyclone in the early hours of 16th November 2018.

The thatched roof of the mud huts were blown away, mud walls fell and century old trees were uprooted. Roads were blocked by the fallen trees, electricity cut off due to fallen lamp posts in hundreds, water supply snapped. Hundreds of people were shifted to relief camps.

Sensing the enormity of the damages, Sevalaya Thanjavur swung into action. A Mageswaran, Trustee Sevalaya Thanjavur coordinated with BDO office and organised distribution of food packets, prepared at Sevalaya centre to the people at the camp in Orathanadu on 16th November.

On subsequent days thousands of food packets were distributed to affected people in many nearby villages with the coordination of the Revenue Inspectors and Village Administrative Officers. About 20 volunteers helped in packing food, transporting and distribution. As the rains continue to batter the district, the relief work continues.