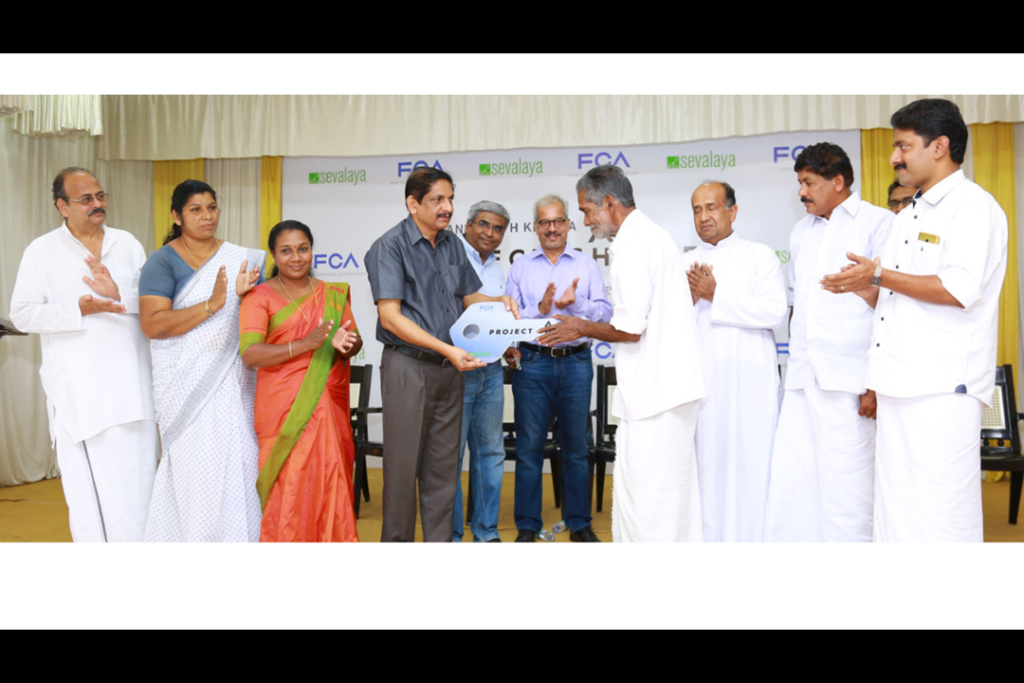 Sevalaya rushed to help when unprecedent rains battered parts of Kerala in August 2018. Sevalaya undertook rehabilitation work in Idukki District, which was one of the worst affected, with many rendered homeless. Partnering with Fiat Chrysler Automobile (FCA), Sevalaya constructed houses worth 1.1 crores under “Project Shelter” for 15 people who lost their homes in the floods and landslides in Vazhathope Panchayat in Idukki District, Kerala. The Project funded by FCA was successfully implemented by Sevalaya.

The beneficiaries were identified with the help of the local Panchayat. Each house measuring 487 Sq. ft has 2 bedrooms, a hall, a washroom and a kitchen small courtyard in the front. The houses are furnished with electrical and plumbing fittings like fans, lights, taps and washbasin. The entire Project was completed in 4 months and the houses were handed over to beneficiaries by H Dineshan, IAS, District Collector, Idukki at a function on 3rd May 2019.