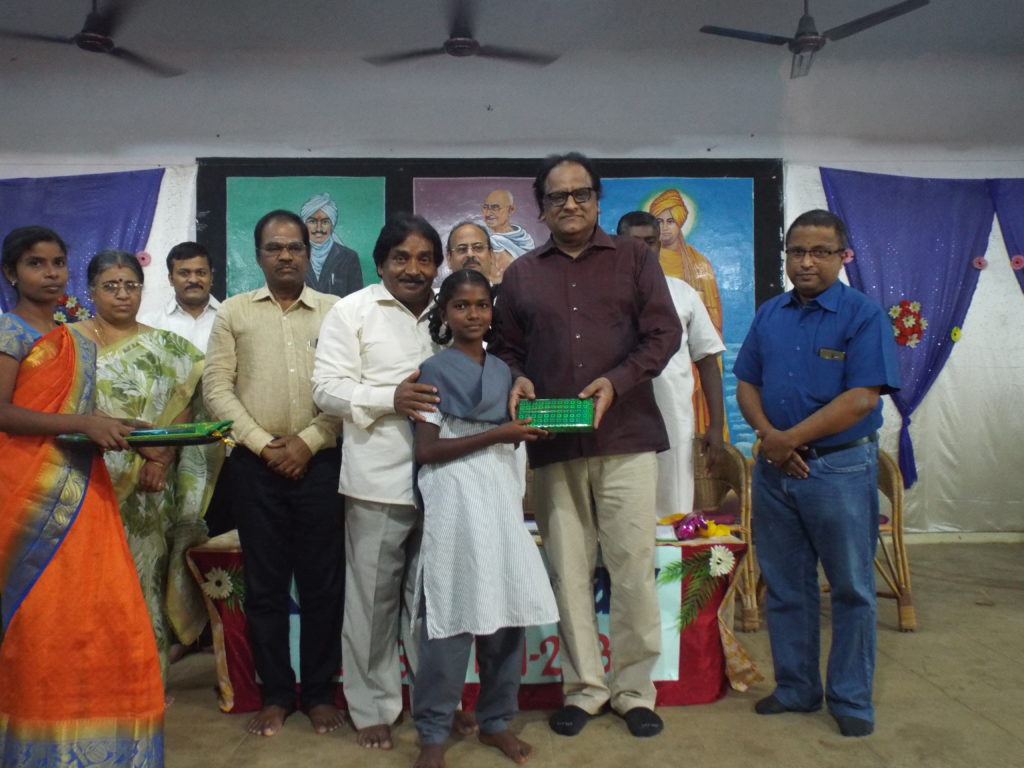 Distributing prizes to the winners of various competitions like oratorical,drawing,essay writing which were conducted earlier on the theme of Kamarajar, Kalaimamani Bharadwaj in his address to the students mentioned “It is now more than 25 years since I started composing music to films. I have composed music for over 100 films. I had visited several service organisations. However, I could derive greater satisfaction in Sevalaya, which I could not experience elsewhere. I now learn with delight that Sevalaya has taken initiative to start a community college in Ravanasamudram, Tirunelveli. It is my native village.I will extend my support to all initiatives by Sevalaya there.” He also urged the students to have self confidence,essential for succeeding in life and make the best use of opportunities provided in Sevalaya.

Adhavan,Film director, and television anchor, said amidst thunderous applause from the audience, that providing quality education, that too totally free of cost to the beneficiaries, is very difficult. “By Sevalaya’s consistent endeavors,one can conclude that nothing is impossible. Sevalaya is a striking example to this dictum.” he declared again drawing loud applause.

The students of the school and community college presented cultural programme