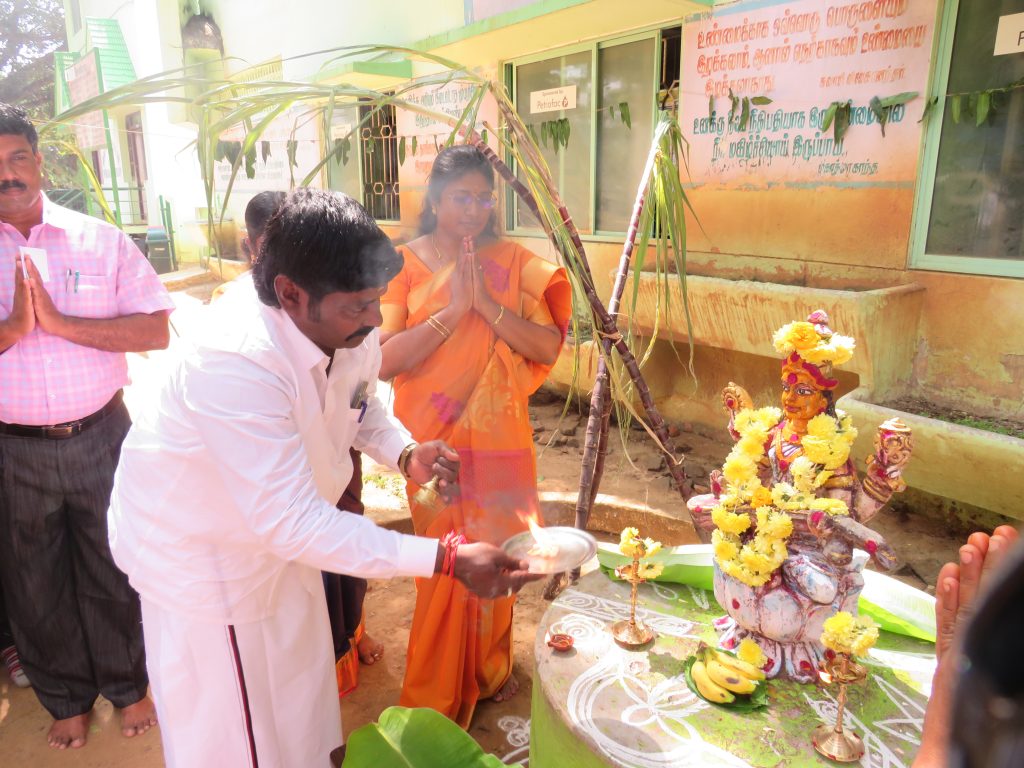 Pongal festival marks the end of the northeast monsoon and the harvest season in South India. The rituals of this festival include the worship of Sun God, mother earth and the cattle for bearing a good harvest, which is considered quite sacred. As a prelude to the Pongal celebrations, Volleyball tournaments, basketball tournaments in the under-14 category, and rangoli competitions were conducted by Sevalaya, in the first and second weeks of January 2020. Sevalaya initiated Village Volley Ball Tournament 15 years ago, as a safe alternative to Jallikattu for village youth. The Volleyball Tournament which was held on 5th and 11th January 2020, attracted 59 Teams and 700 participants. The match was highly competitive. The top 4 teams that won the match were the Sugunambal Volleyball Club, Vengal, Thiruvallur Volleyball Club, Thiruvallur, Amudha Volleyball Club, Thiruninravur, and Thiruvallur Friends Volleyball club, Thiruvallur.

110 children from 5 schools of Tiruvallur District participated in the district-level Basketball Tournament held for the school children on 11th January 2020. Both the boys’ team and the girls’ team of Sethu Bhaskara Matriculation School, Ambattur walked away with the first prize. The Sevalaya school team were the runners up in the boys’ category and the girls’ team from La Chatelaine Junior College, Virugambakkam, bagged the second prize.

Sevalaya conducted Rangoli Competition in and around Kasuva village in which 40 villages participated. The beautiful rangolis captured well the joy of Pongal celebrations. 3 winners were selected from each village and there were 120 prize winners. S Madhan Kumar and B Dayalan of NRS Enterprises sponsored the prizes for the rangoli competition. Sangeetha Raju, Union councillor, Thiruvallur, E Bakthavachalu, President, Puliyur Panchayat, some ward members of the neighbouring villages and Sue Humphreys, a volunteer from the United Kingdom, participated in the Pongal celebrations at Kasuva centre, on 15th January 2020.

Pongal, a sweet delicacy made out of rice, milk, and jaggery was prepared traditionally in the open space on a mud stove in new earthen pots and offered to Sun God. The students of the school and community college presented a cultural programme. Prizes were distributed to the winners of the volleyball tournament, basketball tournament, and rangoli competitions. The second day of the celebration, known as Mattu Pongal, is dedicated to worship the cows, the friends of the farmers. On 16th January 2020, the 70 cows at Sevalaya’s Vinobha gaushala were bathed and decorated with garlands. Special prayers were conducted and Pongal was cooked and offered to the cows. Sevalaya’s advisor Amarchand Jain and his family participated in the celebrations