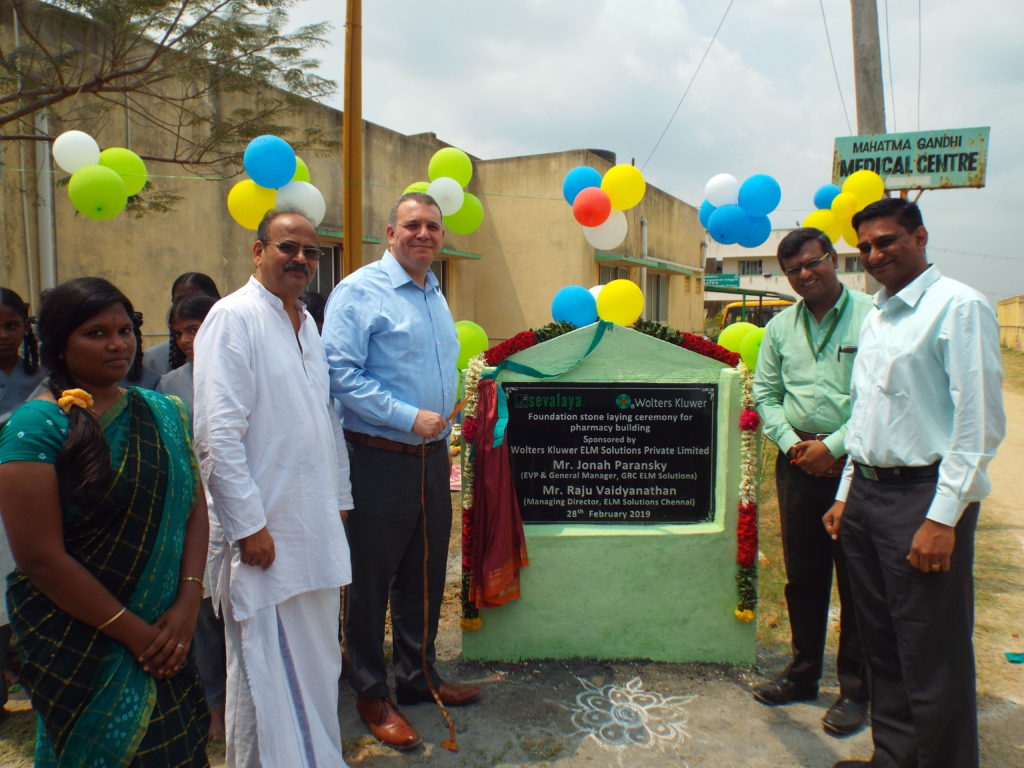 On the 28th of February, Boomi-Pooja was performed to mark the start of the construction of Pharma Building, which will be an annexe to Medical Centre, Physiotherapy Unit, Opthalmic Unit. Sevalaya, for the past 31 years, extending the services to the rural poor through its Medical Centre, named after Mahatma Gandhi. It is to be noted that the free services are availed by the villagers and benefit. Over 150 patients avail this every day.

The function was graced by the General Manager, Wolters Klurwer, Sevalaya’s Corporate supporter. Mr. Raju Vaidyanathan, Managing Director, ELM Solutions participated as Chief Guest to the event.  In a speech, he expressed his happiness for the opportunities given to them to contribute to the cause, and praised the children for their earlier cultural performances. 40 Volunteers also joined from the Corporate, participating and helping with the  Compound wall painting.