English education has spoiled our culture 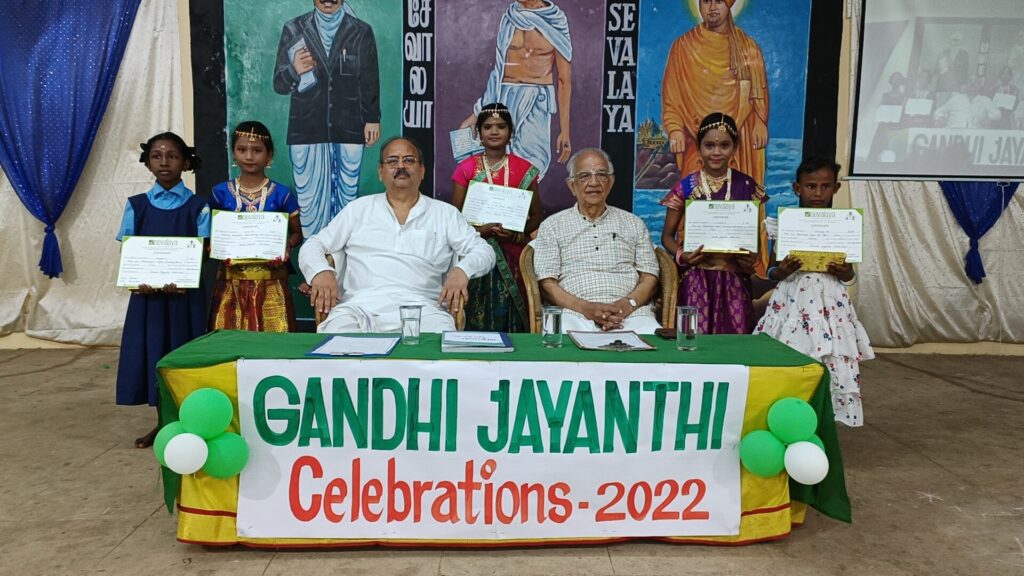 As one of Sevalaya’s inspirations, we are extremely happy to commemorate the birth anniversary ofMahatma Gandhi at Sevalaya’s Mahakavi Bharathiyar Hr. Secondary School. Celebrations were heldon October 8, 2022, Sevalaya Murali, Founder & Managing Trustee welcomed the gathering.The Chief guest T S Krishna Murthy, Former Chief Election Commissioner of India, in his addresssaid that , “Our country was a spiritual and holy land because triads like Bharathi, Gandhi, andVivekananda lived on this planet. They agreed that the country should progress, the people shouldbe happy, and they lived their days thinking about truth, spirituality, helping others, and more. Heurged everyone to be disciplined in their lives and also to help others. This land, which was once aholy and spiritual land, is now forgetting its culture and moving backward. It’s because we’veforgotten about our culture. Studying English is not bad but it is inappropriate to live in amodernized way.

He also added that instead of defaming others, one should assist them by meeting their basic needs.We must be happy with our culture. The concepts of these triads should be passed down to thecurrent generation if our nation is to once again be acknowledged as a proud country. To spreadthese concepts, our nation needs organizations like Sevalaya. The only way to commemorate thesethree people’s dreams is with such organizations he said.

He offered to assist Sevalaya in his capacity and thanked Sevalaya, which operates under the mottoof Makkal Sevaiyae Magesan Sevai. He conveyed his best wishes for continued success to Sevalayaand urged the students to read Gandhiji’s autobiography Sathya Sothanai.

Earlier on the occasion of Gandhi Jayanti, elocution competitions, motto recognition and quizcompetitions were conducted. These competitions drew 447 students from 22 schools across 12districts in TN. 12 children won prizes in the competitions. All of the students who took part in thecompetition participated online.

During the programme, the chief guest released the monthly magazine “Vidiyal” which had beenmanuscripted by the students of Sevalaya.

A.A Kingston, VP Operations Sevalaya proposed the vote of thanks