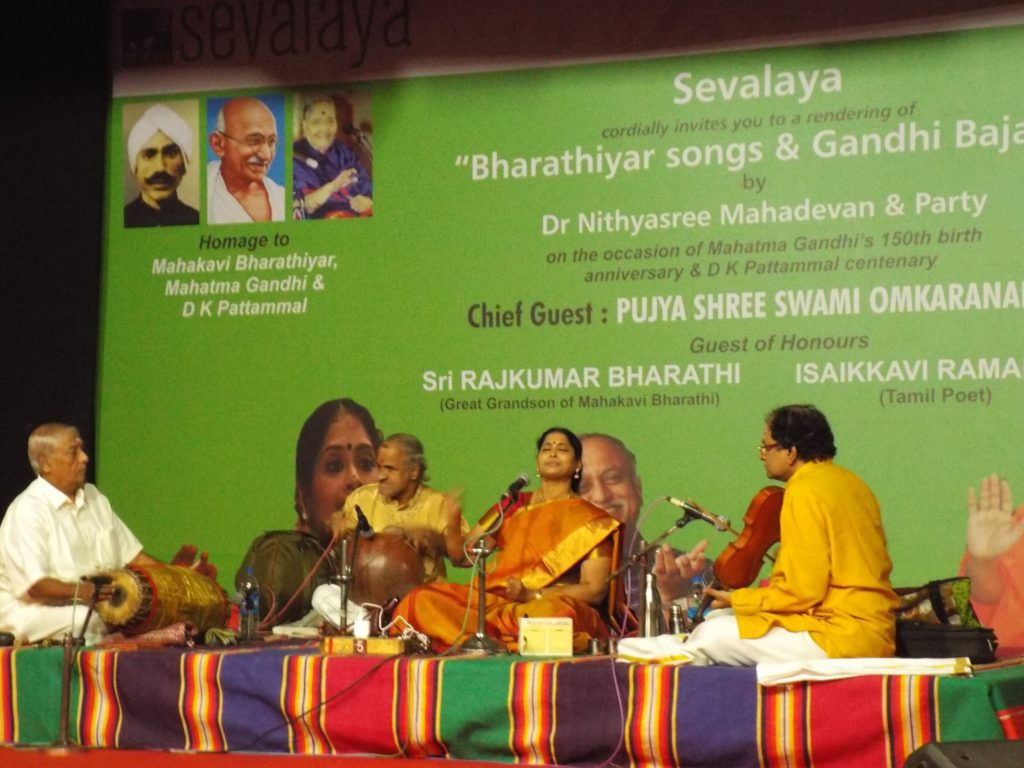 In the event, Nithyasree, grand-daughter of Pattamal sang a few Bharathiyar songs and some songs that inspired Gandhiji. Before the concert, she gave a brief speech in which, she recalled Gandhiji’s visit to Kanchipuram in 1936 where he met with Pattamal.

Pujyasree Omkarananda and Isaikkavi Ramanan were present at the event, and spoke about how through her patriotic songs, Pattamal inspired millions of people to fight for freedom.

Rajkumar Bharathi, great grand-son of Bharathiyar was also present during the concert and sang a few lines from a Bharathiyar’s song.