Sevalaya is contributing for flood affected 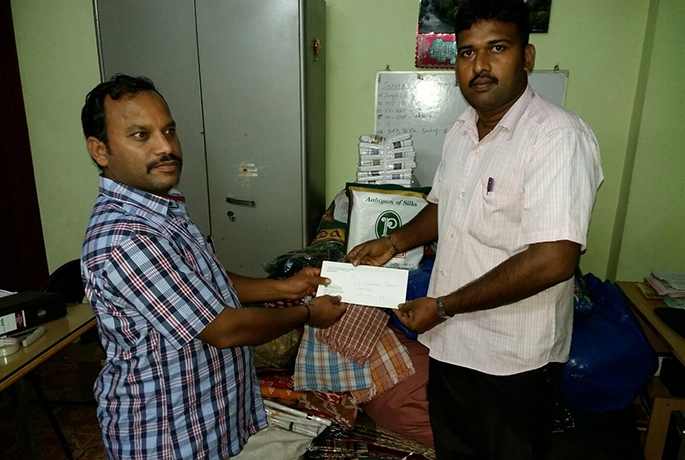 Sevalaya is concerned about the people, displaced in the rain, flood, etc., Due to this Sevalaya, as it’s another initiative in the measure to help people, those who have lost their possessions in the rains and floods. In the following dresses were sent to G.K. Charitable trust, Ambattur, for effective distribution directly to the affected, as an immediate relief.

The above were received by Mr. R Palanirajan of the Trust mentioned above. Sevalaya’s drivers actively coordinated in collecting the materials safely and handing over to the Trust. Incidentally Sevalaya jumped into action for rehabilitation of the affected where ever  it could come across the persons suffered. For instance, on 14th November 2015, on the district collector’s suggestion and request Sevalaya’s team rescued an old man from Vempampattu village, Thiruvallur District, Tamilnadu where he was left stranded. Sevalaya’s staff resourcefully handled the rescue work, unmindful of the incessant in rain during the mid night, 11 pm and brought him to Sevalaya’s old age home.