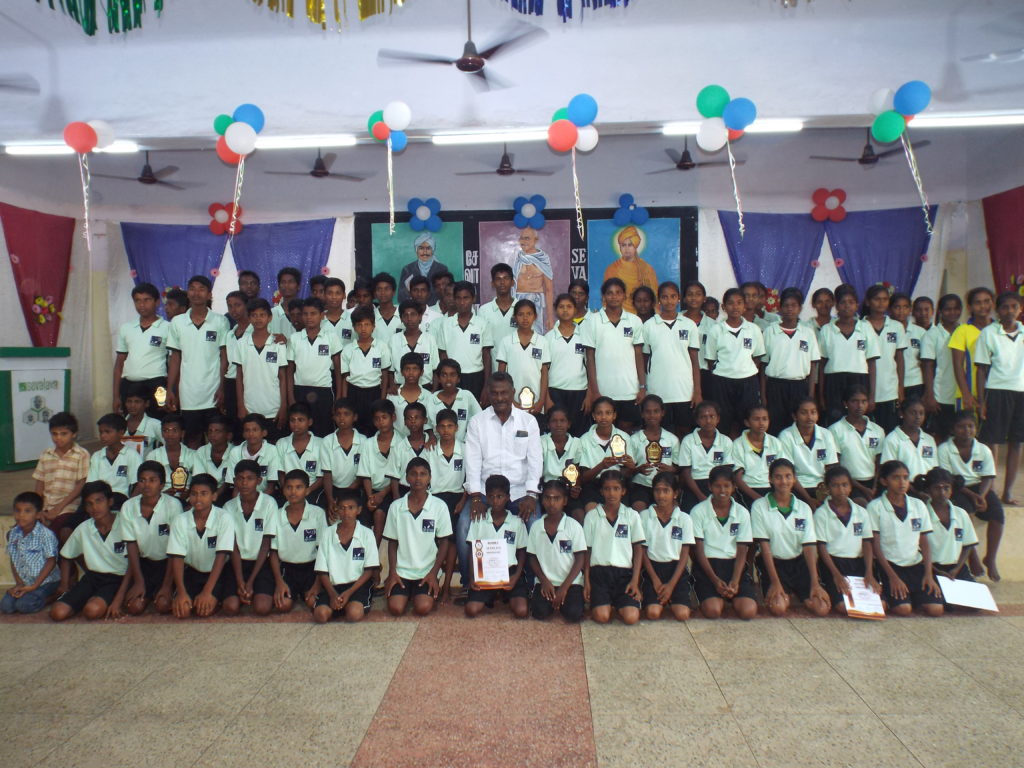 We conducted a 20-day Sports Camp in its Campus Ground and its valedictory function took place on 12th May 2018, with the participation of eminent (achievers in the sports world)  persons. A delightful note on this 75 students (both boys and girls) participated and benefited.

“I am confident that Sevalaya students will participate and achieve in Olympics” – avers Bhaskaran, Gold Medalist (Olympics – Hockey)

Participating as Chief Guest in the Valedictory function, Mr.Bhaskaran, Gold Medalist(Olympics – Hockey), Padmasree and Arjuna awardee, Former Captain, Olympics-Hockey team (India),  praised Sevalaya and delighted on its consistent endeavours in creating talents in Sports. Further, he said, “I am greatly impressed on Sevalaya’s efforts in developing its students in Education, habits, physical education, etc.,  Students should not content themselves merely scoring marks, they should master themselves in physical education too, which is far more important while pursuing your career”  he emphasised. While I derive greater pleasure in participating in Sevalaya, I also assure you all that I will extend all my support for you to achieve excellence in sports” he said amidst loud applause from the audience.

Mr Rahul, Bohra Eye Hospital offered all the help required for Sevalaya in the matter of conducting free eye camps, cataract surgery to 30 patients, among others.

In the 20-day camp, 75 students participated and benefited. They got vigorous coaching in: Athletics,  Basket Ball, Hand Ball, Volley Ball.  A video was played to explain various sports for the benefit of the students.

Another highlight of the event was that Sevalaya’s alumni G Kavitha and R. Pradeep shared their delightful experiences and said they could get seats in the  Colleges on Sports quota. This became possible because of their active involvement in sports during their school days in Sevalaya.”   they recalled.

During the 20 day Sports camp, the participating students were given nutritious eatables, viz. Milk, Dates, Chappathi, Soya, This had helped them from getting fatigued and with the result, they could actively participate with enthusiasm.