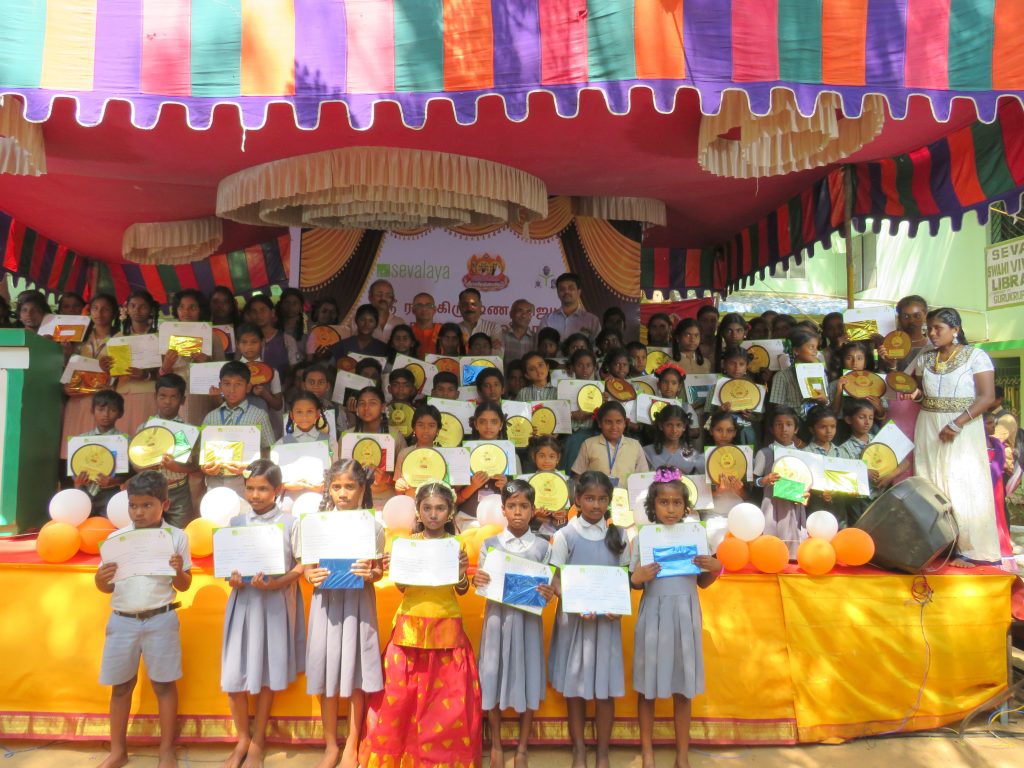 Swami Vimurthanandaji Maharaj, Manager, Sri Ramakrishna math, Chennai, Maalan, Senior journalist and O R Govardhan, Regional Head, IDFC First Bank participated as Chief Guests. “It is significant that the centenary celebrations of Sri Ramakrishna Vijayam a spiritual magazine is being conducted by Sevalaya, an organisation based on the values of Mahakavi Bharathiyar, Mahatma Gandhiji and Swami Vivekananda.” observed Maalan in his speech.

Swami Vimurthanandaji Maharaj said, “The youth are the hope of Swami Vivekananda. Students should stay focussed, be fearless and confident, and develop an attitude of serving the needy.”Students of Sevalaya enacted skits based on incidents from Swamiji’s life. Rohini Ravee Ramanathan, daughter of G Ramanathan, Trustee, Sevalaya presented a Bharathanatyam programme. Devotees of Sri Ramakrishna sang Bhajans.

Earlier Sevalaya had conducted oratorical, essay writing, drawing, story telling, Swamiji’s verses recitation and drama competitions. 1300 students from 30 government schools and 260 students from 6 colleges in Chennai and Thiruvallur District participated in the competitions. Prizes were distributed to the winners by Swami Vimurthanandaji Maharaj on the occasion. The prizes were sponsored by IDFC Bank Ltd.

Swami Vimurthanandaji Maharaj also flagged off the Vivekananda Ratham – a decorated chariot with picture of Swami Vivekananda, which went on a 3 day yatra to schools in Chennai and Thiruvallur District.