Special trip to Sevalaya students by its donor 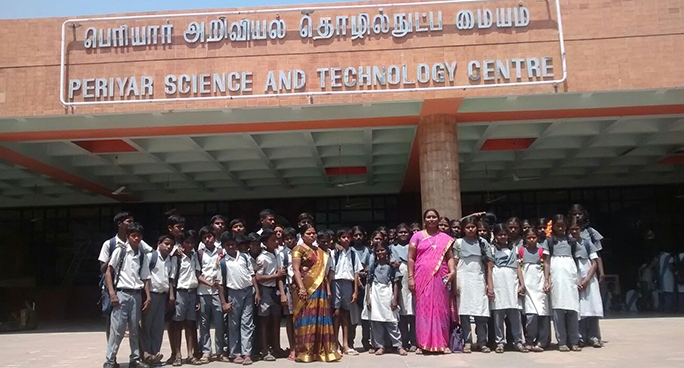 On 5th March 2016, D. Nandhakumar, ARICENT –HR, Sevalaya’s donor took 40 students from VI and VIII std of Mahakavi Bharathiyar Hr. Sec School to various places in chennai for their benefit. They were taken to Birla Planetarium & Anna Library. Followed by this they visited Besant Nagar temple.

The students said that they could gain some useful information while viewing planetarium. It was explained at length about Mars. They were gained, they said, for viewing thru 3D device. Then all were taken to Anna Library, which the students say it is very large and houses valuable books in lacs, on various subjects and topics.

This trip was considered to be particularly useful for the students in developing deep knowledge in their science studies.

After visiting Ashta Lakshmi temple in Besant nagar a student expresses her happiness saying, that she could have a panoramic view of the blue sea, while standing on the precinct of the temple.