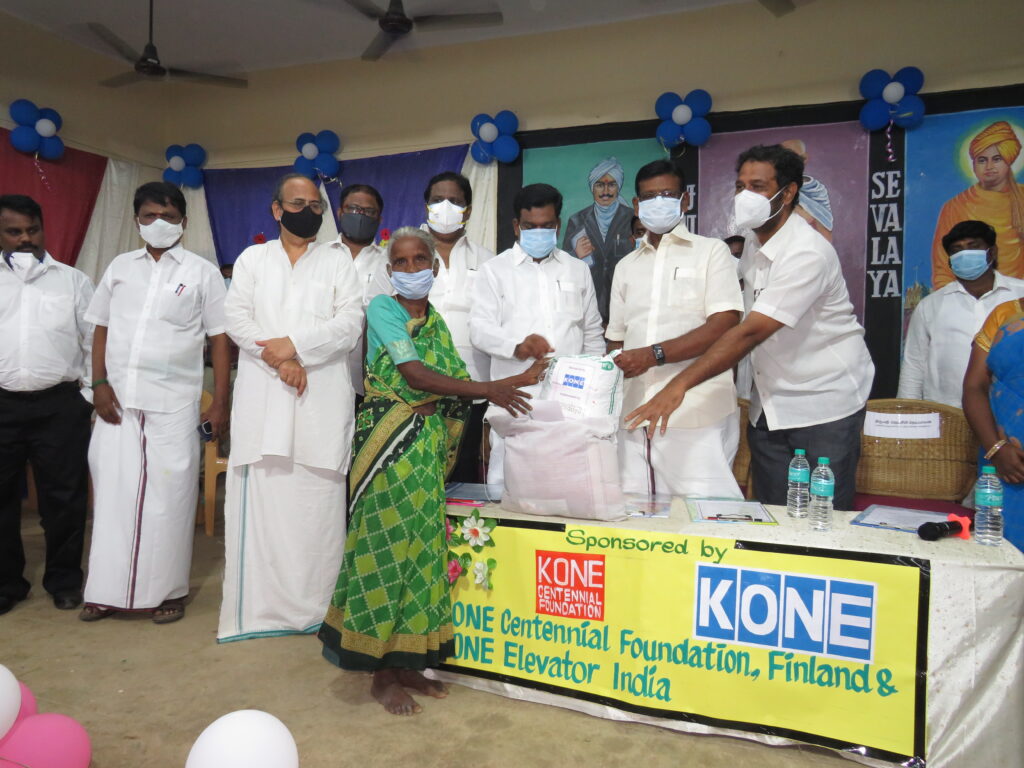 COVID 19 Relief Projects – Distribution of dry ration kits, safety kits for frontline workers, and launching of free ambulance services for COVID affected patients in Thiruvallur GH.
Avadi S M Nasar, Honourable Minister for Milk and Dairy Development, Govt of Tamilnadu launched COVID 19 relief projects worth ₹ 436686 sponsored by KONE Centennial Foundation, Finland, and KONE Elevators India at Sevalaya’s Kasuva Centre on 3rd June 2021. Sanitation kits worth ₹550/ each were distributed to frontline health workers in Thiruvallur and dry ration kits worth ₹2000/ each were distributed to 113 families in Thiruvallur District, who had lost their livelihoods due to the pandemic.
Sanitation kits worth ₹550/ each were also distributed to the frontline workers in Chengalpet, Kanchipuram, Thanjavur, Tenkasi, Udhagamandalam, and Pondicherry today at the respective locations.
A Krishnaswamy, Member of the Legislative Assembly from Poonamallee Constituency, Bujji D Ramakrishnan, Thiruvallur North Union Secretary, Sangeetha Raju, Thiruvallur Union Councillor, Puliyur, Kutti (a) Bakthavatchalu, President, Panchayat Union, Puliyur, Jayaseeli Jayabalan President, Thiruvallur Union, Barkathullakhan, Vice President, Thiruvallur Union, R S Rajarjan, Advocate participated in the event.
Appreciating the services of the frontline workers, The Honourable Minister was all praises for Sevalaya Murali for his tireless service day and night for the welfare of the underprivileged and the needy and likened it to the work done by Mahatma Gandhi at Sabarmati Ashram. The Minister assured all support to the welfare activities of the organisation.
A Krishnaswamy, Honourable M L A, appreciated the services of Sevalaya and assured help for all the initiatives of the organization.
Sevalaya has proposed to install a statue of the great patriotic poet Bharathi and his wife Chellammal in Kadayam – the birthplace of Chellammal in Tenkasi Dist. An appeal was submitted to the Honourable Minister requesting permission from the government for installing the statue. A note on Sevalaya’s innovation in Education “was also presented to the Minister for perusal by the government. 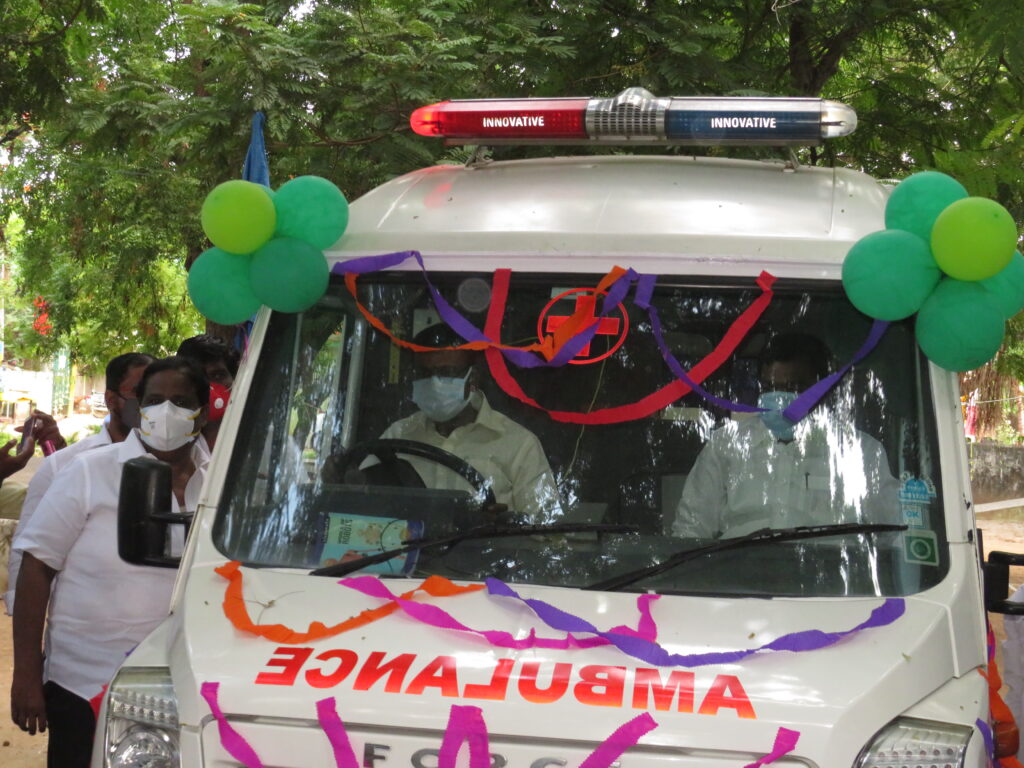 Sevalaya has offered to operate free Ambulance services for the transit of COVID 19 patients to and from the Government General Hospital, Thiruvallur. The Minister flagged off the ambulance.
Mementos were presented to the Chief Guest and all the guests present.
Earlier Sevalaya Murali welcomed the gathering and presented a brief description of the activities of Sevalaya. A A Kingston, Vice President, Operations, proposed a Vote of Thanks.
The function came to a close with the singing of the National Anthem.