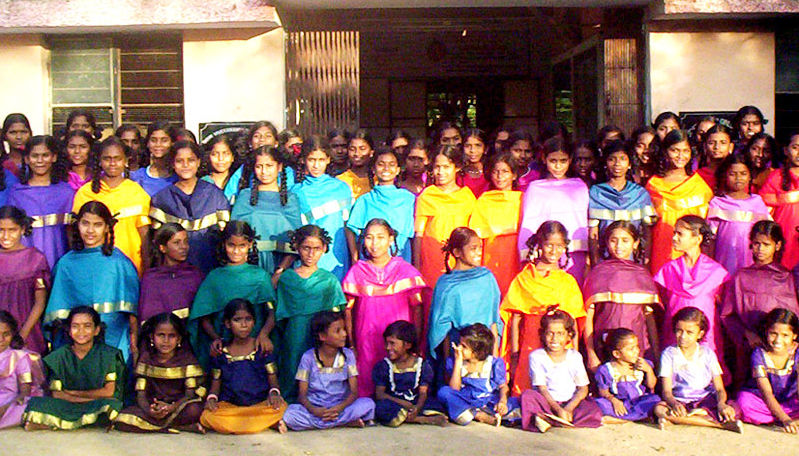 Sevalaya’s Maha Kavi Bharathiyar Higher Secondary School has been selected as one of the top20 schools in India from 540 schools in 19 states which participated in this year’s Design for Change contest a global movement which asks children to be leaders of change.

Sevalaya is a charitable trust located in Kasuva village, 44 kms from Chennai. The school concentrates on giving quality and free education to the children of the nearby villages. The organization also has home for the destitute and orphan children and also old age home for the elders.

Design for Change, is a global movement that empowers children to be the change they wish to see in this world. This movement was founded by Kiran Bir Sethi, founder-director of the Riverside School in Ahmedabad, Gujarat Through this movement children across the world are saying

This is the 3rd time this school on a rural hamlet has had this distinction. Here’s what the DFC Jury had to say about this story:

“This story is remarkable because the students have truly engaged with the people who are a part of the problem and attempted to understand all perspectives. They have devised a solution WITH the community and not FOR them. They have also succeeded in creating a long-lasting impact.”

This year when the children were asked to think about the problems they see/feel /face many of them came up with the problem they face everyday – difficulty in getting back home in the evening. Buses were crowded by the time they reached Kasuva and whizzed past without stopping /sometimes buses came very late etc. They discussed various solutions and finally came to a conclusion that the best solution could be a healthy discussion between the two concerned parties. Many of the children recollected incidents where the bus drivers/conductors had shown a lot of concern towards them. So they decided to have a bus day, share the respect they felt towards them for their services and at the same time discuss their problems.

So they formed groups and with the help of their teachers went to the bus depot, met the Manager , told their plans, sent a letter to the Headquarters of the Transport Department and got their permission to hold a function .They also talked to the village heads and leaders and got their support.

Then they made all arrangements for the function, decorating the auditorium, getting gifts with funds collected from their teachers, getting snacks etc. On the day they happily welcomed the guests, gave them tea & snacks and thanked them for bringing them to school daily. They shared the incidents when the concern of the driver/conductor had touched their hearts and the same time told about the problems they faced many a day. The drivers/conductors too shared the problems they faced during each trip and the reasons for getting angry with them at times. They also assured the children that they would take all efforts to accommodate as many children as possible in each bus and assured them that they would help them get back home by 6 pm.

By the time the programme there was a change in the air, both sides had expressed their difficulties and each had understood the other. There was an atmosphere of bonhomie and a healthy trust for each other. Now the children maintain a queue system in the bus stop , buses stop to take the children in and when the bus is full wait patiently for the next bus . Most important is the lesson they have learnt on the importance of healthy dialogue to solve their problem.

Based on a simplified design thinking process, this initiative asks students to FEEL any problem that bother them, IMAGINE a way to make it better, DO an act of change and SHARE their story of change with the world.