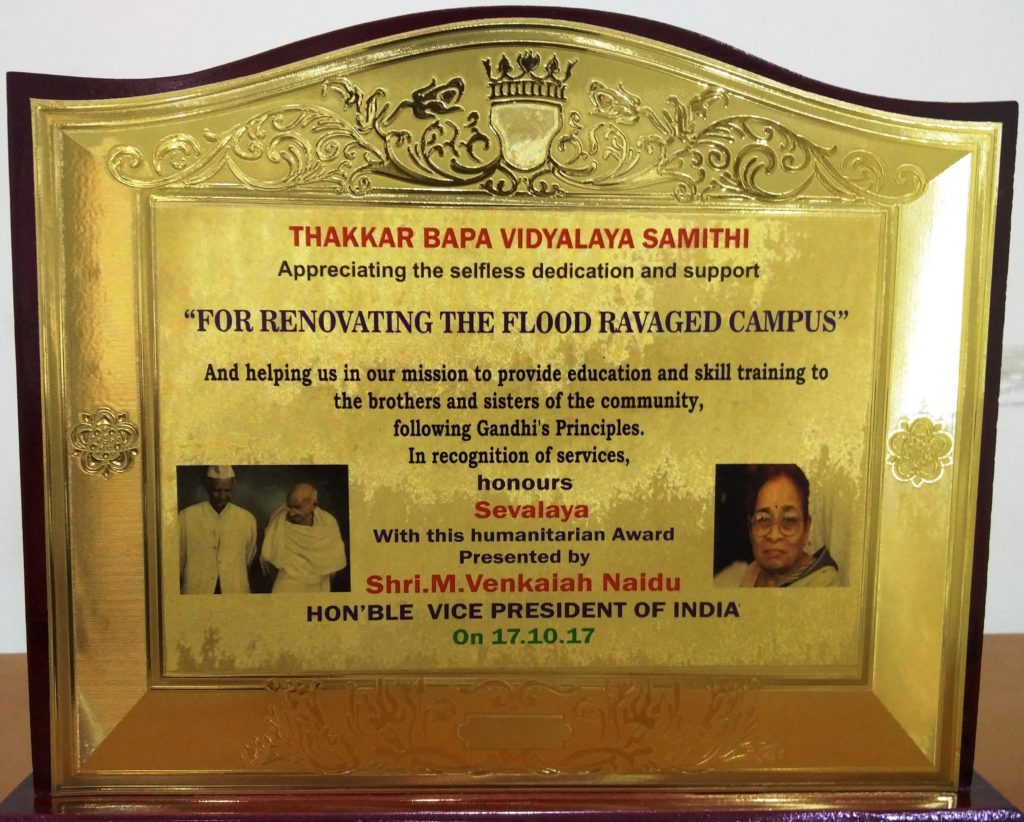 Sevalaya Murali received the Humanitarian Award on behalf of the organisation at the hands of the Hon’ble Vice President of India, Shri M Venkiah Naidu at a function at Thakkar Bapa Vidyala Campus on 17th October 2017.

The award was presented by Thakkar Bapa Vidyalaya Samithi  for the yeomen service rendered by Sevalaya for the welfare of the humanity particularly  during the 2015 floods which ravaged a few districts of Tamilnadu.

Sevalaya reconstructed the Gandhi Study Centre Library at Thakkar Bapa Vidyalaya Campus which was totally submerged in floods. The floods also washed away many rare collections of books in the library. With a futuristic view to prevent such costly losses due to natural calamities Sevalaya also helped in the digitization of the entire library thus safeguarding the valuable collection of books for posterity.