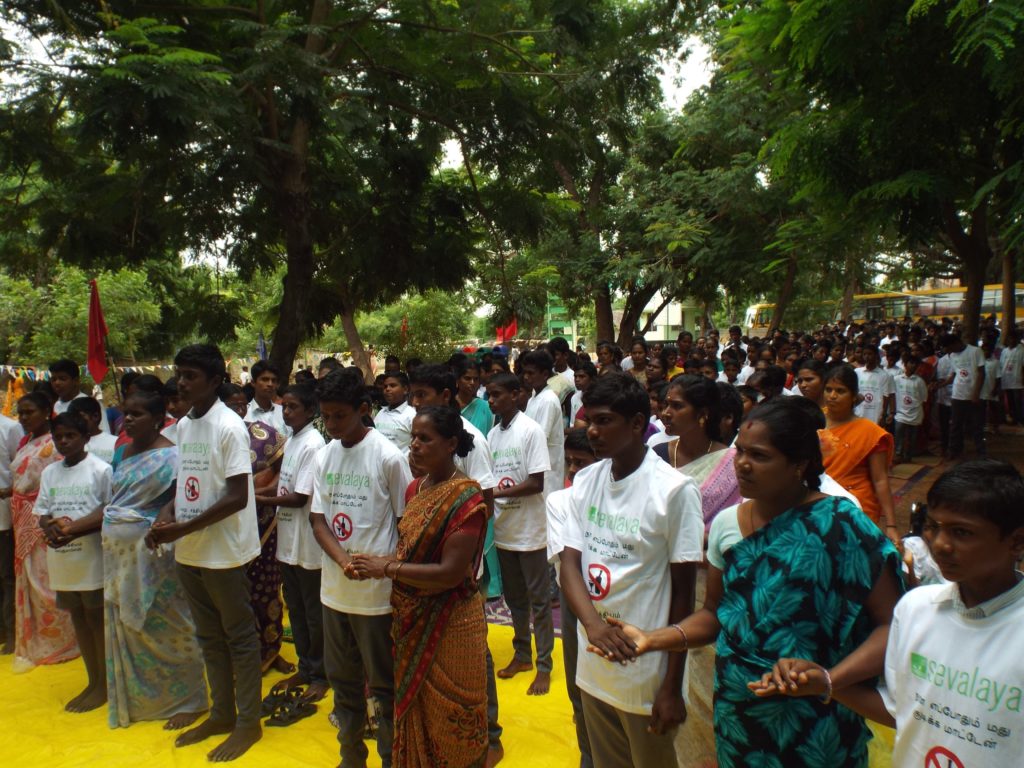 Over 500 students of the school and community colleges assembled with their mothers at Sevalaya Kasuva Centre on 7th August 2018. It was an emotionally charged moment when the students held their mothers’ hands and promised that they would never touch alcohol in their lives.The occasion was Putliba day.

Mahatma Gandhi, got permission from his mother Putliba to go to London for pursuing higher studies, only after he promised her that he would not touch wine, women and meat. This was in August 1888.

With, alcoholism posing a great threat to the society in Tamilnadu, Sevalaya organises Putliba Day every year in August, where the students are made to promise their mothers that they will abstain from alcohol. This is a small but an important step towards creating a better and healthier future for the rural youth.

G Ram Mohan, Retd., Railway Safety Commissioner, and a Gandhian Scholar, who conceived and sponsor this programme every year, administered the oath to the students. T shirts with the inscription “I will not touch alcohol ” were distributed to the students.