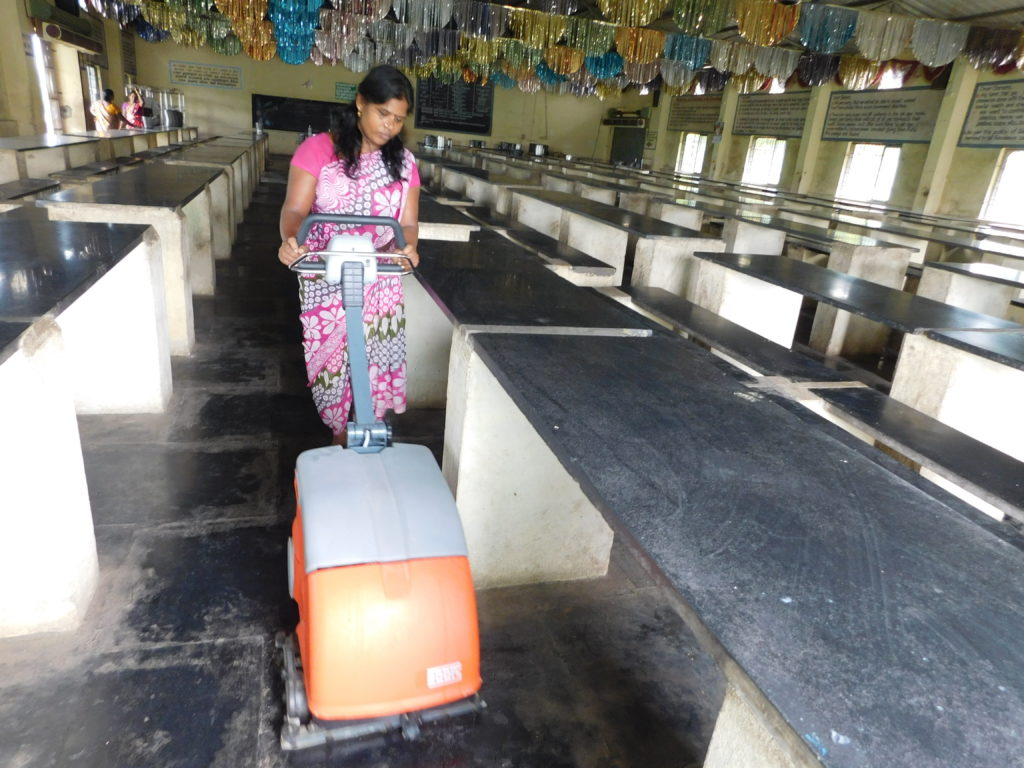 Rotork India, a market leader in actuator manufacturing and flow control has sponsored four projects in different areas around the campus – A floor cleaning machine for the dining room, which has reduced the cleaning time to less than one and half hours (for all three meals). This has freed up the man power to perform other activities around the campus. Rotork Controls (India) has also sponsored a steam boiler for the kitchen which has significantly speeded up the turnaround time for preparing dishes between meals. Simultaneously the tiling and painting of the kitchen was also taken up which has brightened the work environment and productivity. Last but not the least, pavement and reflectors to aid the senior citizens find their way to their rooms before dawn and after dusk has encouraged them to venture out with more confidence.