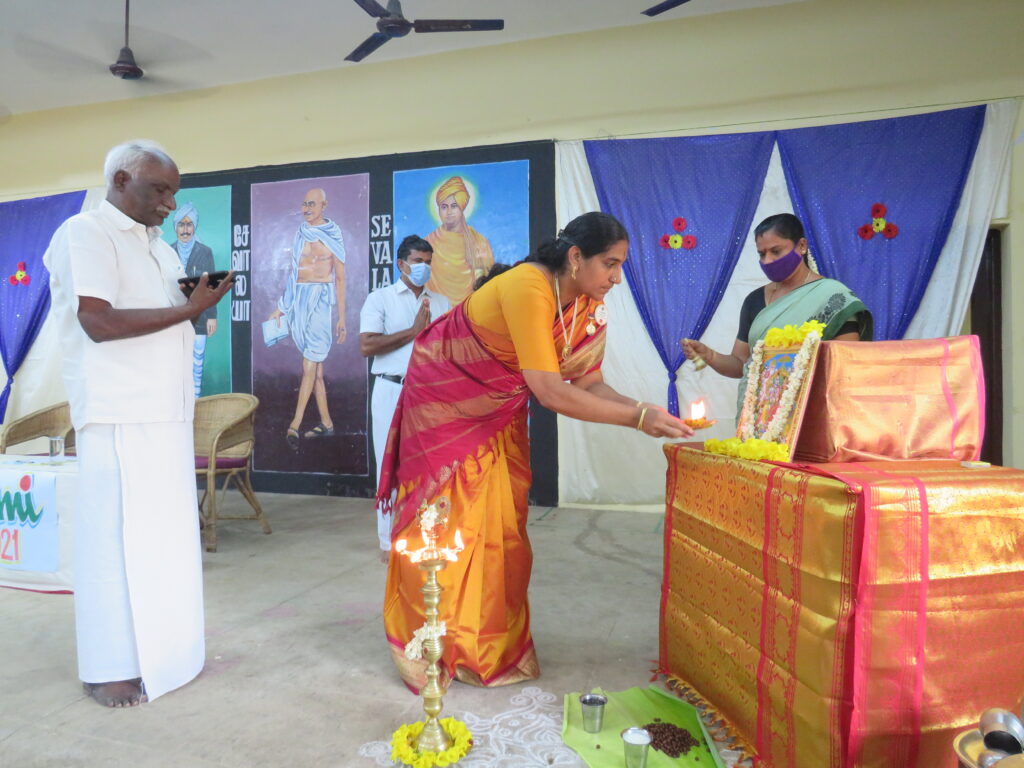 The Chief Guests narrated the story of Sri Rama and the virtues one has to imbibe from His life.
S Mugundhan, Asthana archagar, Anandha Lakshmi Narasimha Perumal Kovil, Nagapattu village, Kanchipuram was Chief Guest at the celebrations at Sunguvarchatram center.

Appreciating Sevalaya for the services rendered to the underprivileged, he highlighted major incidents from the life of Sri Rama and the lessons to be learned from them.

Rajan, Headmaster & Correspondent, Conifer Matriculation School, Koliyanur, was the Chief Guest at Thirubhuvanai Community College.
Speaking about how the birth of Rama is celebrated all over India, The Chief Guest explained in detail why Rama is considered to be an incarnation.