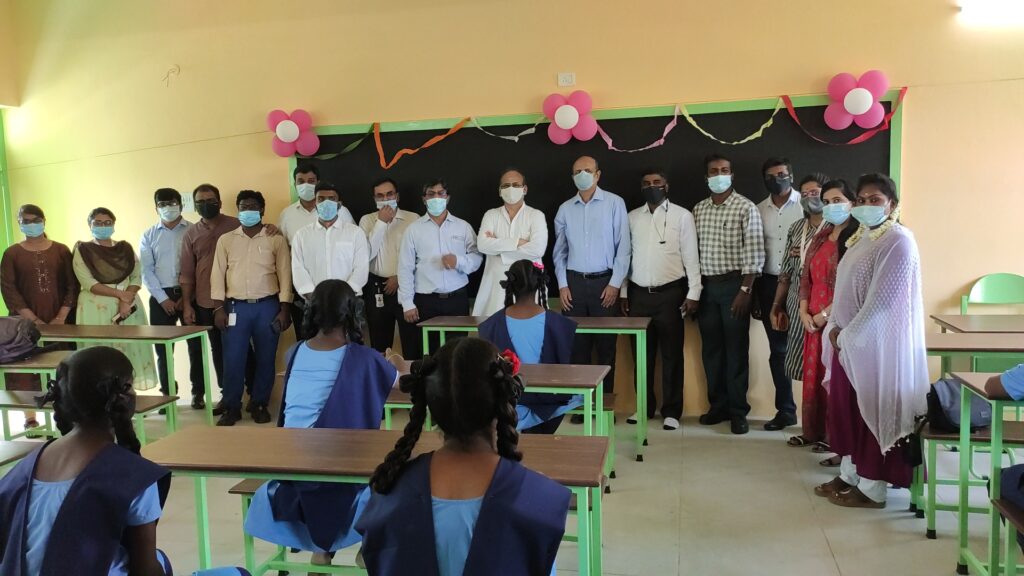 A classroom in the new Primary school building at Kasuva centre of Sevalaya, sponsored by Haworth under their CSR programme, was inaugurated on 24th September 2021.

5 companies jointly donated 2 crores for the construction of the new primary school building, as a part of their CSR initiatives. The new building powered by solar energy has 12 spacious, well ventilated and furnished classrooms, equipped with smart boards, CCTV cameras, and RO water facility. The building has the capacity to accommodate 500 more needy children, who will have access to quality education free of cost.

Speaking on the occasion, the Chief Guest expressed his interest in collaborating more with Sevalaya and said that Haworth is engaged in global work, but the association with India, particularly Tamil Nadu, would be very satisfying. He enjoyed watching the students’ cultural show and praised them . He  also spoke to the children about achieving success in life. The Chief Guest appreciated Muralidharan’s efforts and assured support for  future endeavours of Sevalaya.

Gifts were presented to the Staff who were celebrating their birthdays this month.

Vidiyal, a Monthly Manuscript Magazine prepared by the students of Sevalaya was released by Chief Guests,

A A Kingston, VP, Operations, presented a memento to the Chief Guest

Prasanna Parthasarathy, VP Donor Relations, Sevalaya proposed the vote of thanks and the program ended with the singing of the National Anthem.