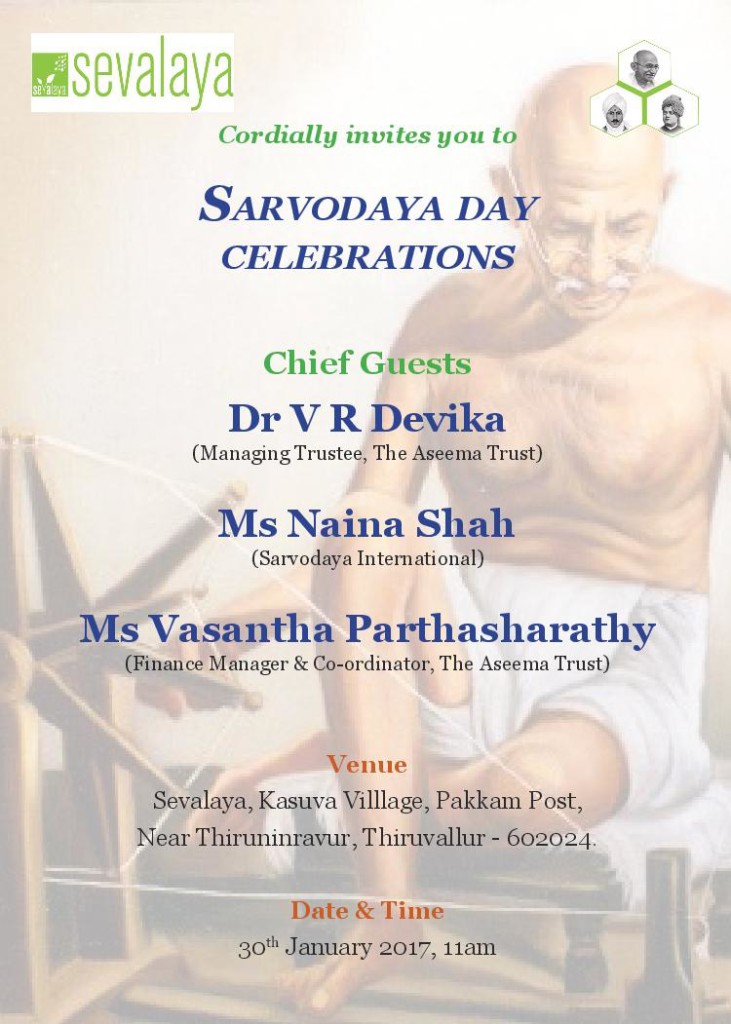 On 30th January 2017, Dr V R Devika, Managing Trustee, The Aseema trust, will present a program “When the sartorial became political”, which will trace, through videos and spinning demonstration on the Charkha, M K Gandhi’s Swadeshi movement and the historical background to it. She will explain Gandhiji’s Swadeshi movement, and why he chose to dress his fellow countrymen and women in Khadi. The choice was not fortuitous. Through it he wanted to empower, unite and liberate his people from centuries of foreign rule. The importance he gave to clothing which is a form of non verbal communication, a historical, political, economic, social, psychological, cultural and moral significance had no precedence and no parallel.

She will be accompanied by Naina Shah of the Sarvodaya International  and  Vasantha Parthasharathy, Finance Manager and coordinator, The Aseema Trust.