Bharathi is one of the driving forces of Sevalaya. His statues and memorials are erected in places connected to his life, such as Ettayapuram, Varanasi, Chennai and Puducherry. But there is no trace of his life at Kadayam, the birthplace of his wife, where he spent 2 years of his life and penned many immortal poems.

With the Tamilnadu state Government approval, Sevalaya has embarked on creating a memorial for Bharathi and his wife Chellamma, at Kadayam, where the poet spent 2 productive years. Those two years exemplify gender and social equality as his tenets, thus influencing a better, social outlook.

The proposed building will come up in place of the old Government library with a 7,700 sq. feet built-up area, the monument is expected to cost around ₹ 3 crores, to be raised by Sevalaya with support from admirers of the great poet and social reformer.

The building will house a library, a museum capturing the poet’s Kadayam years as also conference halls. A 9 feet statue of the couple will be the central piece. Sevalaya seeks the support of all Bharathi admirers in erecting the missing tribute for the poet at Kadayam. 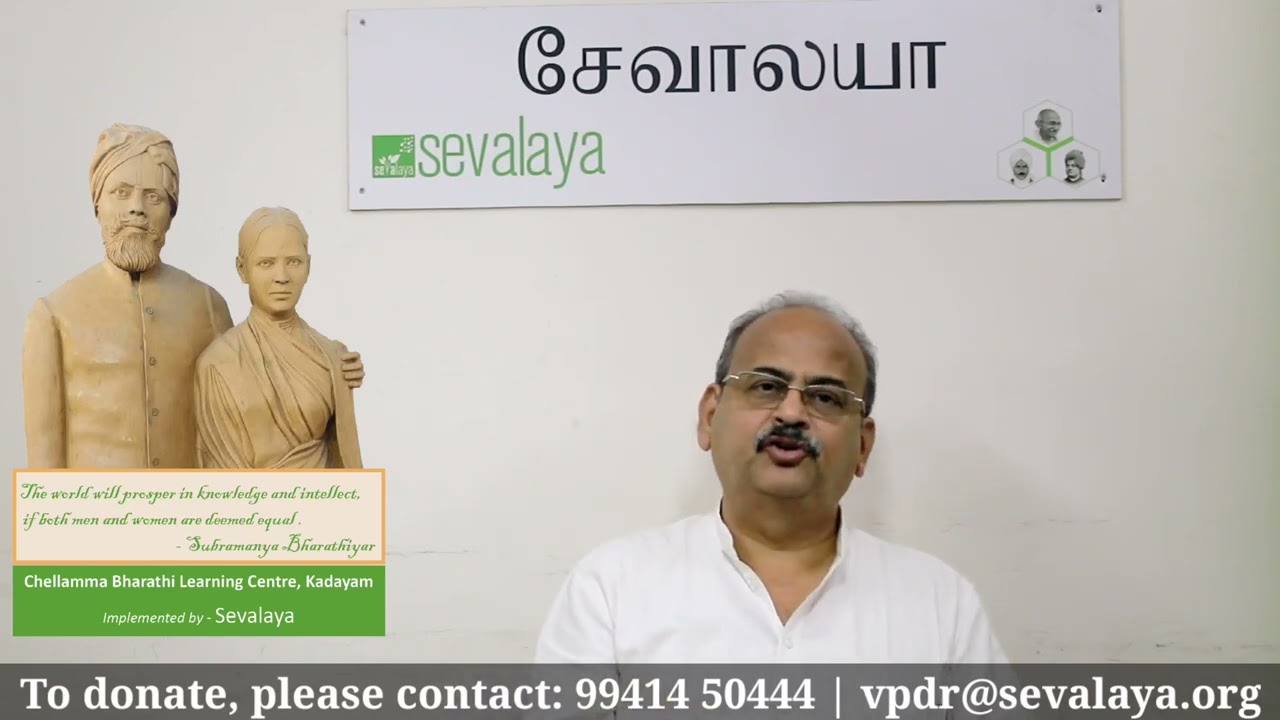